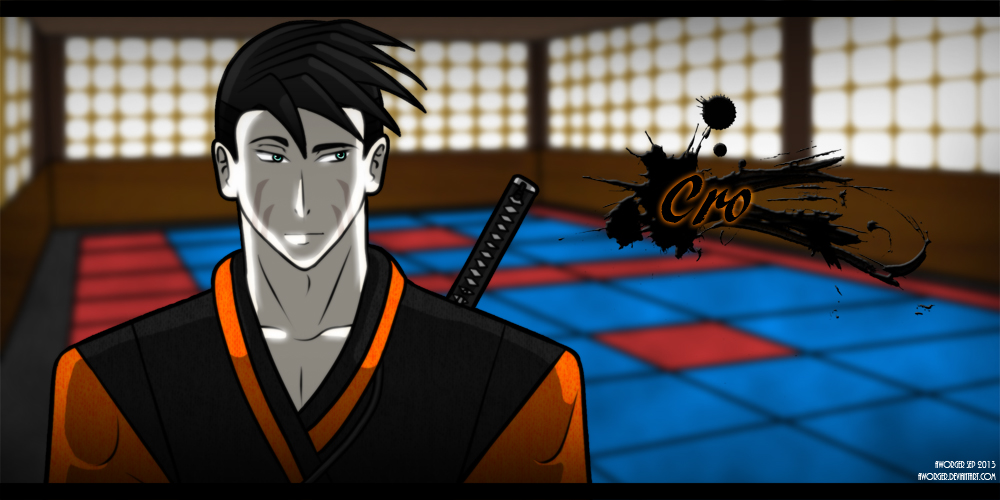 Cro is an Earthborn Worgalite. He is brother and twin to Talcom. Cro and Talcom's parents adopted them when they were babies and have raised the boys in a supportive environment. Talcom has always been the clever one and was bullied in school because of his intelligence and his seclusive nature to read and study alone. Cro felt like it was his job to defend his brother because Talcom never did. Talcom wasn't bothered by the name calling or the intimidation tactics used by the other kids. It didn’t bother him that he spent his lunches alone in the library. His parents decided to try hone Cro's defensive spirit into martial arts where he studied under his father. He gets frustrated when people don't (or cant') defend themselves. Cro has developed into a confident and graceful character, but he lacks patience. Despite his training, he is easily irritated and still struggles to clear his mind. Watch out if you leave your dirty dishes on the sink!