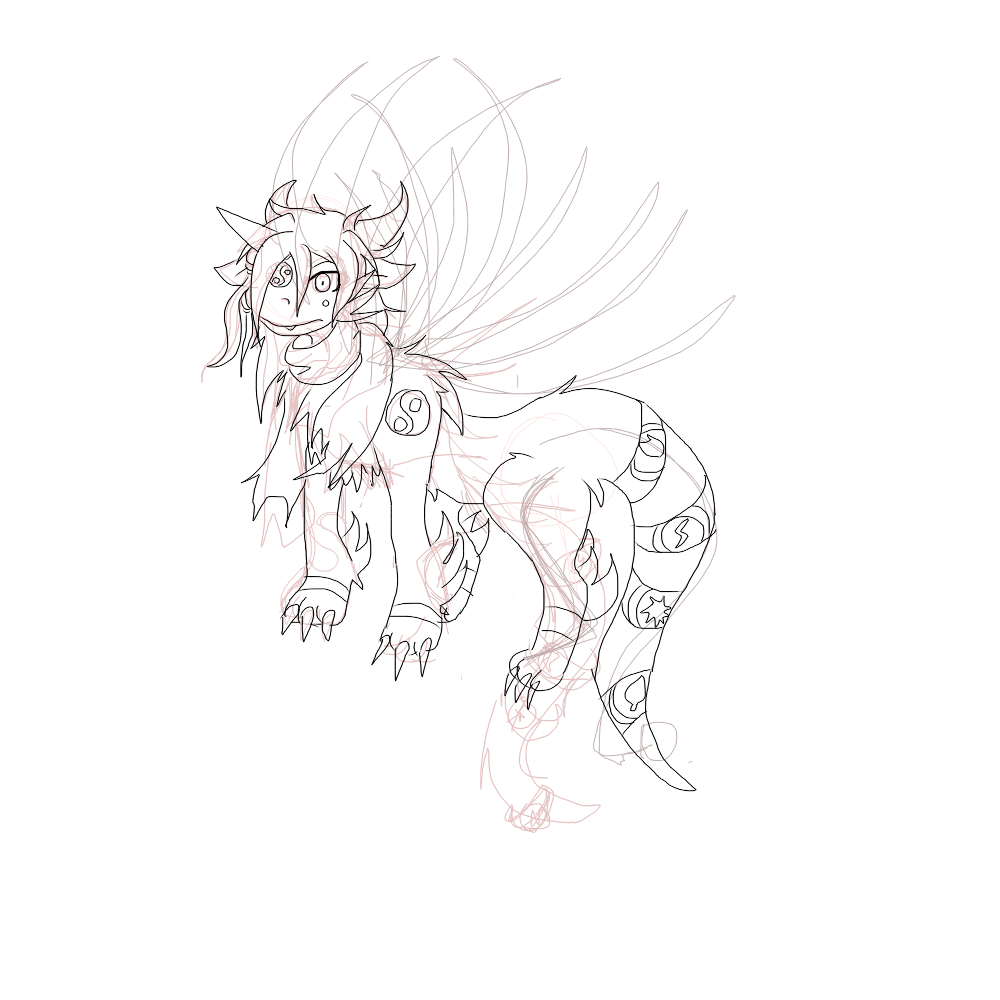 "The great legendary dragon.He have many names over the years.But his real name is Casimir.Meaning Keeping The Peace.
He may have fur, but the fur is really special scales.His scales are pure white.No matter what nothing could ruin those perfect white scales.

He wears a scarf thats made from silky thread.Along with elemental rings on his tail.Giving him the power to use all four element at the same time.
He have blue phoenix wings.Golden unicorn horn along with two dragon horns.Which are made from pure gold.

He can breathe blue fire.Which can heal the good,and burn the bad.

Casimir is the first dragon on this planet.In matter of fact he create this pranet.He create dragons,and other creatures too.He made this world peacefully.

But not for long.When the evil witch have freeze Casimir and prison him in the middle of the planet where its impossible for any dragon to save him.Even if they were able to get to him.They weren't able to use the four elements.Fire,Lightning,Ice,and Earth to release him.

Ever since Casimir was frozen in that black ice crystal.Evil have come into the world and cause destruction to our beloved peaceful home.

It been thousands of years since Casimir was frozen.The only one that can save him is the purple warrior dragon.That have master all four elements.

Once Casimir is release, the planet will finally heal."


Its a doodle of my Spyro character Casimir.I have alot of pictures to color that I can't finish this one.


I'm getting into Spyro.The game is so fun~

I'll try to write a story about Spyro and more about Casimir.

I suck at drawing dragons o:.

awesome... whatever the hell it is

you do not suck at drawing dragons. If anyone I do. Keep up the good work!