Labor before delivery by BioElite 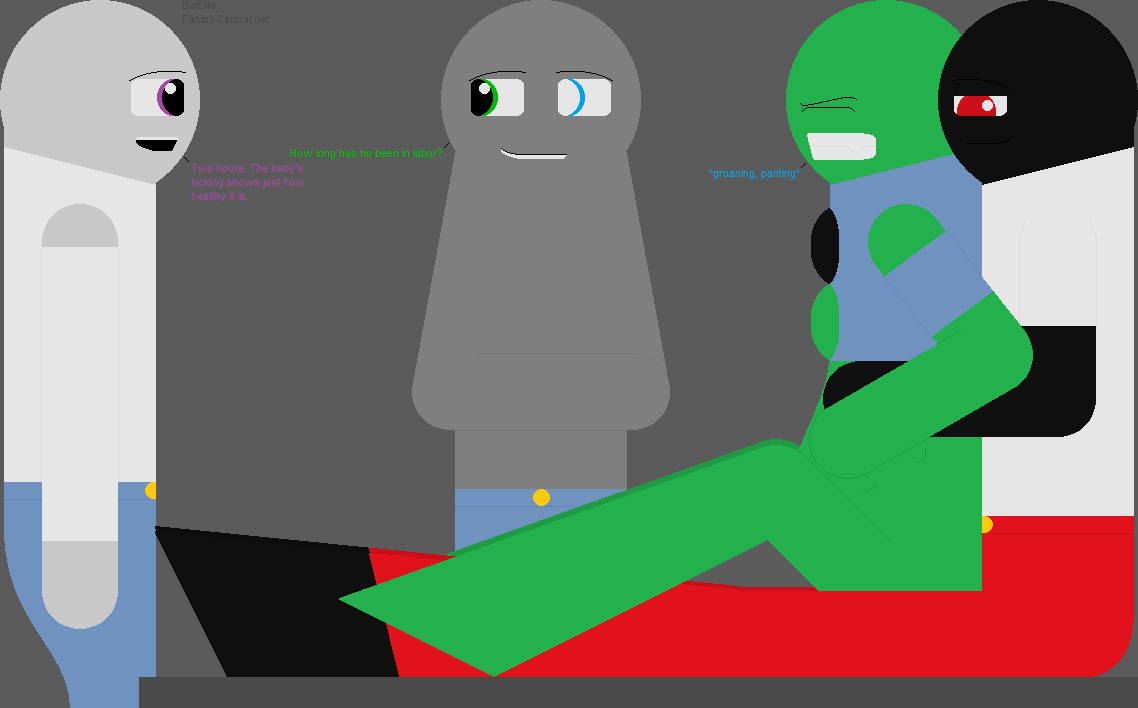 Winline felt a shot of pain, groaning as he held his stomach. He yelped in pain, the sound causing Shadow to come running to the scene and stop dead in his tracks. Still holding his stomach, Winline turned his head to look at Shadow. "Shadow... it's time.", he whimpered. Shadow nodded, and carried his mate to the infirmary which was on the ground floor of Shadow's mansion. Thoughts of the baby dying inside Winline crowded Shadow's thoughts, but felt a surge of relief at the sight of Jn and Klo, a younger yaoi couple. Jn heard Winline groaning, feeling the baby kick around inside him. "Oh, yeah, the baby's ready. Get him onto a bed, stat.", Jn declared, gesturing toward one of the many hospital beds in the infirmary. Shadow ran in, and gently set Winline on one of the beds, and took his place sitting behind him, gently rubbing his mate's stomach to help ease the pain. Two hours later, Winline's breathing intensified as he went into labor, Klo smiling as he watched Shadow do his best to comfort his mate. Jn walked in, his footsteps barely making a sound, a smile on his face. "How long has he been in labor?", Klo asked curiously, his blue eye glimmered as he focused his attention to Jn. "Two hours. The baby's kicking shows just how healthy it is.", Jn replied with a grin.

Just so you guys don't get worried, Winline is a male who was born with the genitalia of a female in my headcanon. Love how well this turned out. Shadow, Winline, Jn, and Klo belong to PinkBlueY, not me. The little story above is headcanon, and it belongs to me. Also, the bumps on Winline's stomach are the baby kicking.

Aww, look at Shadow. He's watching the baby kicking. U can tell he's gonna be a great father.