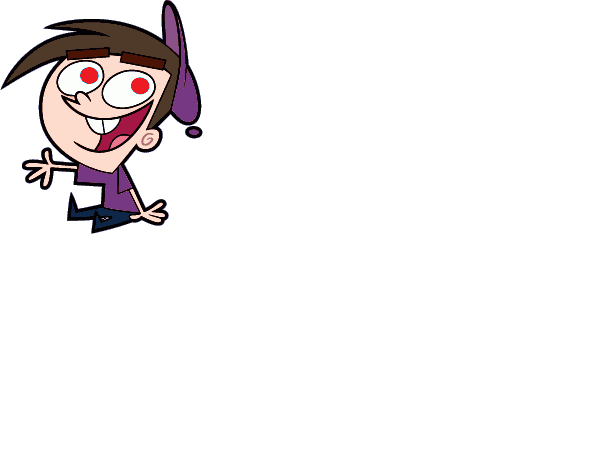 Looks: like Timmy, but with darker clothes and hair, paler skin, and red eyes.

Bio: He was created by Foop, Poof's anti-fairy counterpart. He caused havoc in both Dimmsdale and Fairy World, whilst disguised as Timmy Turner, so everyone would blame Timmy. Evil Timmy planned to destroy Dimmsdale and Fairy World with a big dual-ended laser, then pose as Timmy disabling it, so the real Timmy would lose his fairies and end up in prison. But Timmy managed to stop his evil double, and Jorgen Von Strangle put Evil Timmy in Fairy World Jail.