Original: The Lord of the Moon

Home » CheetahSmith » Pictures » Original: The Lord of the Moon

Original: The Lord of the Moon

Original: The Lord of the Moon by CheetahSmith 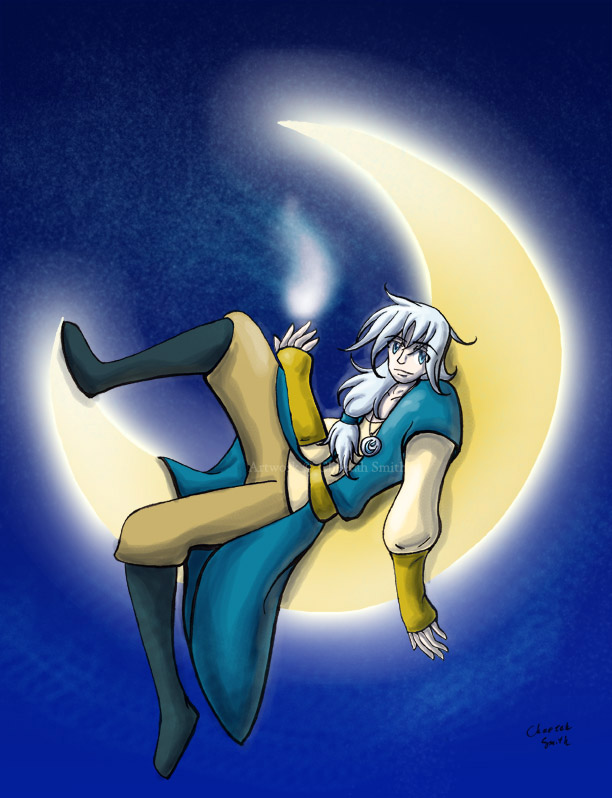 The living essence of the Moon, who has been around as long as the Earth itself, and lover to the Lady of the Sun. His light shines at night, rising in a set cycle every month to give comfort, light and guidance to the people of the world in the darkest hours of night. Laid-back, friendly and up-beat, his benevolence knows not of boundaries.

A character of mine, based off the concept of celestial bodies being sentient god-like beings. ^^ He is also a character from a short-story of mine.

On an artistic note, this was based loosely off a short-story I wrote some time ago, carrying the idea that the Earth, Sun and Moon were sentient beings, and coming into contact the Star Witch (from one of my earlier works). I happened to like the story arc, characters and universe I created for that story, so I'm expanding it. ^^ The piece itself... Hmm, used lots of yellow and blue, bits of green. Lots of shiny sparkly things. And a pretty man in the middle of it all. I'm happy. ^^

Artwork and Character © to Cheetah Smith. Please do not take, use or redistribute without permission.

I wish I could do poses like that. *points at his glowy hand*

this is a great piece! the whole thing makes me look up at the moon, and think some guy with a ponytail and white hair is up there. *favez*