Legend of Mana Tribute by CheetahSmith 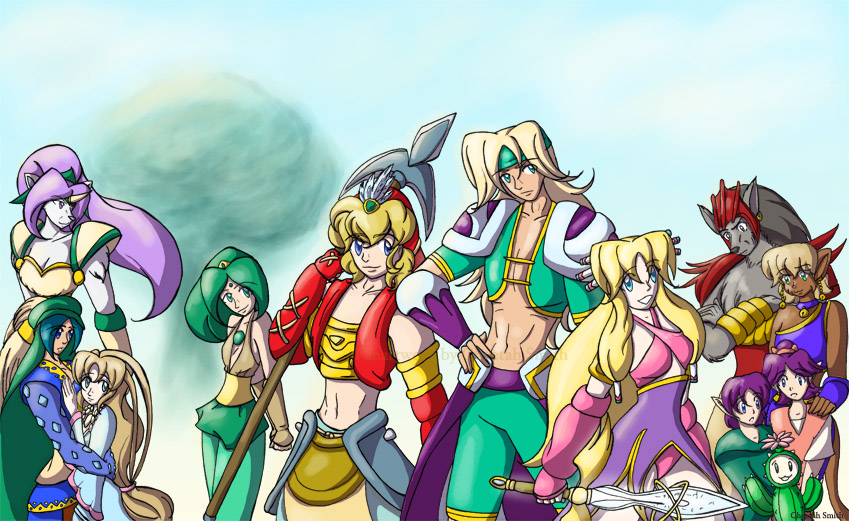 I seriously think that Legend of Mana is, perhaps, one of my absolute favorite games ever, and most certainly my favorite RPG. (Obviously!) XD The world, story, characters, art, gameplay... Just... everything about makes me happy. ^^ I don't think I've come across a game that I've loved and come back to so much since this game, I don't I ever will. There's a number that come close, but never quite close enough. XD

Iiiiit's also the game's tenth anniversary in Japan, so... Yeah. Why not? XD

On an artistic note, used cell-shading instead of me "usual" method. Since this is so large, I had to draw it on two separate sheets of paper and merge them together after scanning. Spent the most amount of time on (of course!) Escad, and the least amount of time on Elazul and Pearl. XD I'm wiped out after working on this pretty much non-stop, but I'm also so happy. ^^

Legend of Mana and its uber-awesome characters are copyright © to SquareEnix. Fanartwork by Cheetah Smith. Please do not take, use, or redistribute without permission. Escad is awesome, and I JUDGE you if you disagree.