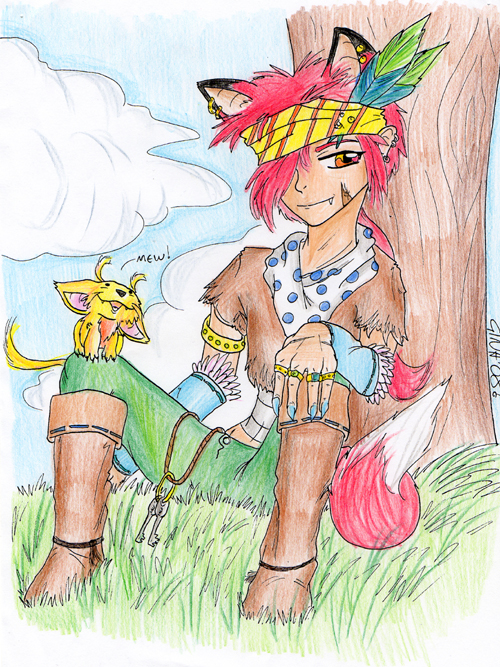 I finally got round to colouring him!
I entered this pic into an art contest at my local Tokyopop Recon. It didn't win though, but the evening was great! Me and my friend, who cosplayed as Mello from Death Note were at war on the Wii, on Smash Bros Brawl, me as Bowser (YEAH!), and her as Pikachu...and I won! :> FEAR BOWSER! RAWR!

The Naruto fans had to stand in the shame corner, and be shunned by everyone else, which was quite funny, as my brother was stood there, as well as screaming fangirls!

There was a lot of free chocolate and other sugary foods, needless to say there was much hyperness by the end of the night.