Call Me Kid One More Time

Call Me Kid One More Time

Call Me Kid One More Time by DanteVergilLoverAR 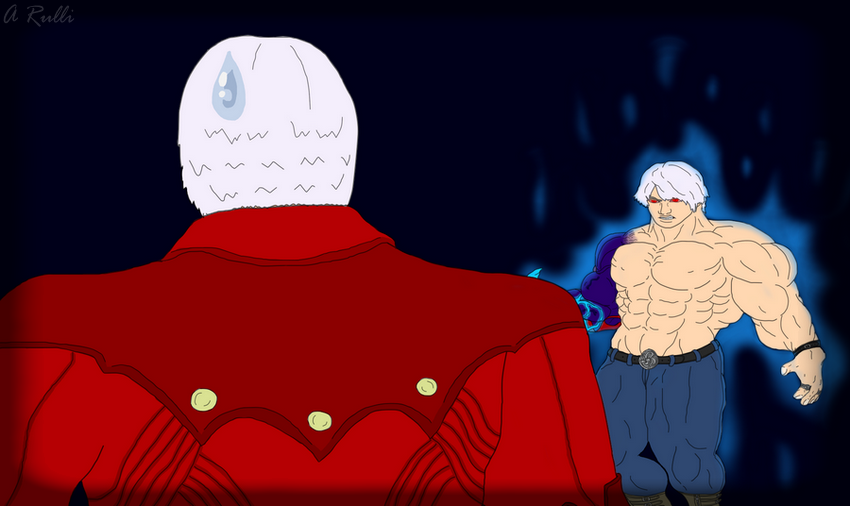 Well, here's the finished piece of mine, based off the idea taken from one of the interviews of the Devil May Cry 3, 1, 4, 2 Graphic Arts book:
Jun Ikawa: "A character with features like Nero’s tends to be seen as delicate by Western audiences. I get the feeling that Westerners are into big, muscled men who tend to look much older than a Japanese character of supposedly the same age. Nero fell right into that trap, and we had to figure out a way to balance him. We adjusted his physique so that his slenderness wouldn’t be particularly noticeable to the casual observer. It look a lot of brushing up, a little bit at a time, to keep him from looking too young or too delicate."

Yuichiro Hiraki: "At one point, we experimented with a more muscular Nero, but people still said he looked slender on-screen."

Hiroyuki Nara: "I was like, 'You’re seriously still saying he looks thin?' [laughs]"

Yuichiro Hiraki: "We actually made him pretty beefy during the modeling stage, but he still looked frail in-game. It seemed like no matter how much we beefed him up, people weren’t going to change how they saw him. Tinkering with that precarious balance is what led to the final product."

So here's my take on a more beefy Nero X3 Something tells me I might~ have went a little overboard with the muscle mass ^^; Overhaul But who cares? Beefy Nero! >w<

Done on Sai with a mouse.
Faded black framing done on Photofiltre.