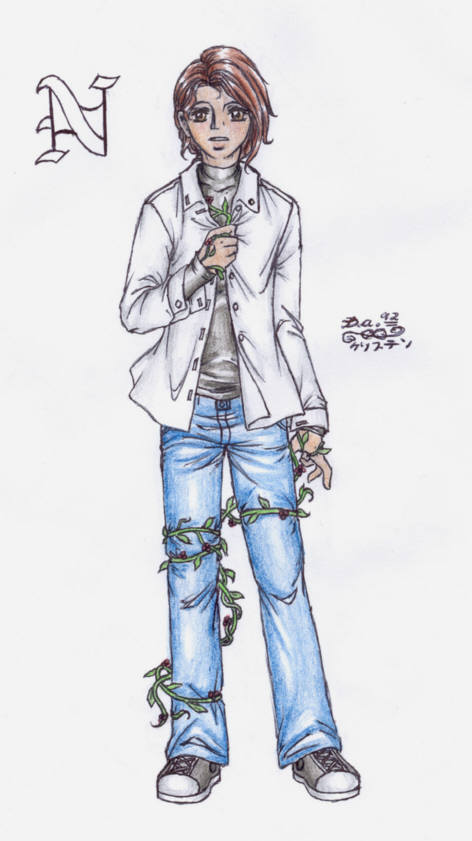 So, this pretty boy is a character to be used in arch two of the story that Brian and I are working on (which REALLY needs to be titled at some point). His name is Nemestrinus, which is some sort of god of trees and nature... Greek or Roman or something. I researched it quite some time ago and now I can't remember for the life of me. Ugh. Anyway, Nem (since it's a pain to keep typing his full name) basically has control over the earth, trees, plants, and nature in general. He's usually fairly composed, except when something he cares about is threatened. He's intelligent and kind, and though he's not particularly powerful in a fight, his cleverness makes up for it.
Anyway, I'm pretty pissed that the skin tone ended up so dark. I meant for him to be a little tan, but not really so much... HOWEVER!! I have drawn legs!! And they are very nice legs!! Huzzah!!

Comments 2
Media Other drawing
Time Taken about three hours
Reference Florence, a little wood figure I use for anatomy

Ack!! Dude! It's finished!! ^_^ So cute! Hey, your legs are much better than mine, even though you never draw them, and I draw them in almost every picture!! >.<