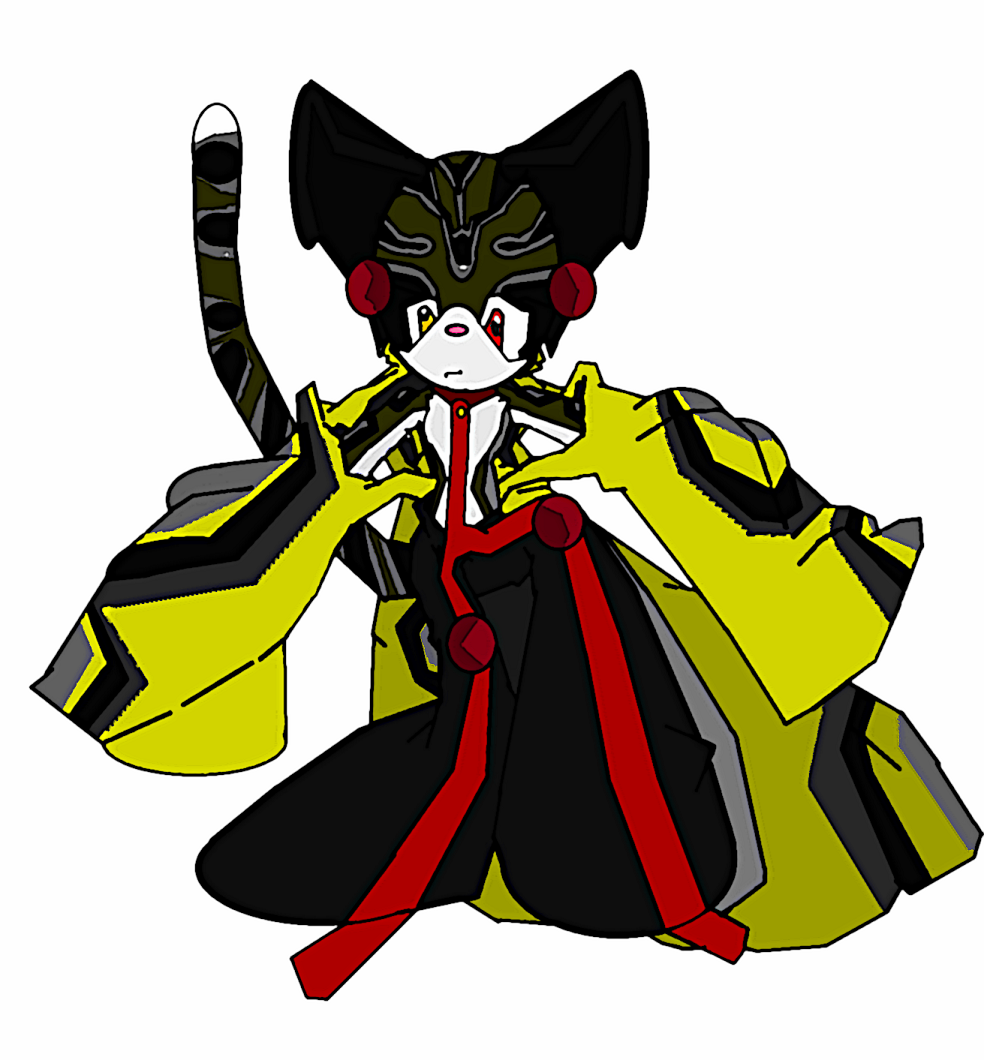 Cyn is a spotted Linsang whose habitat and feeding habits are seen here: http://www.theanimalfiles.com/mammals/carnivores/linsang_spotted.html

Biologue: Cyn is a Spotted Linsang, at the age of 9 he was cursed after killing the Grande Python, he skinned the Serpent Elder to make his coat which allows him to become a Grand Python in Serpent Mode, Eden's Demise is his special attack referencing to the Serpent that robbed humanity of paradise forever, Cyn's persona changes when forced to fight despite being smaller than most everyone he becomes a formidable predator like the Python. Cyn's Grandfather saw the serpent's curse as a gift instead of an omen since most Spotted Linsang are killed in folley of being mistaken for a snake, Cyn actually becomes a snake and his family hopes his speed is the same to prolong his life, Spotted Linsang are endangered spiecies and reside on a small island Cyn was sent to the mainland so to become strong enough to never die despite his being 17 his family never get's much taller than him, he is considered the golden child of his species. Cyn is actually one of the larger of his Spicies he is about 4feet 2 inches tall in regular form and 7 feet tall in Serpent mode, he has Claws under his jacket which only are seen for an instant when he slashes a foe, he is faster with his hands than most are with their feet, don't blink as he is also a very skilled pickpocket if he need be, he is honorable, well mannered and very quiet in normal state, but once wearing the hood and becoming Grand Serpent his demeanor changes he becomes sadistic, merciless, conniving, Deceptive, ruthless, and destructive but no less cunning, he could easily convince a mother to sell her child and buy it back before she even realizes they have bothe been eaten as she was getting money from her wallet. For that reason Cyn only Dawns Serpent form when situation proves dire, Cyn has a very heavy conscience since he is pure hearted that is the only thing keeping the curse from causing Grande Python to steal his soul and being reborn.
The 4 gems on his costume seal his Serpent Mode if they Shatter he will have no choice but to transform and devour his foe.