Arrested Development Plug (warning: it be big) by GollumRox 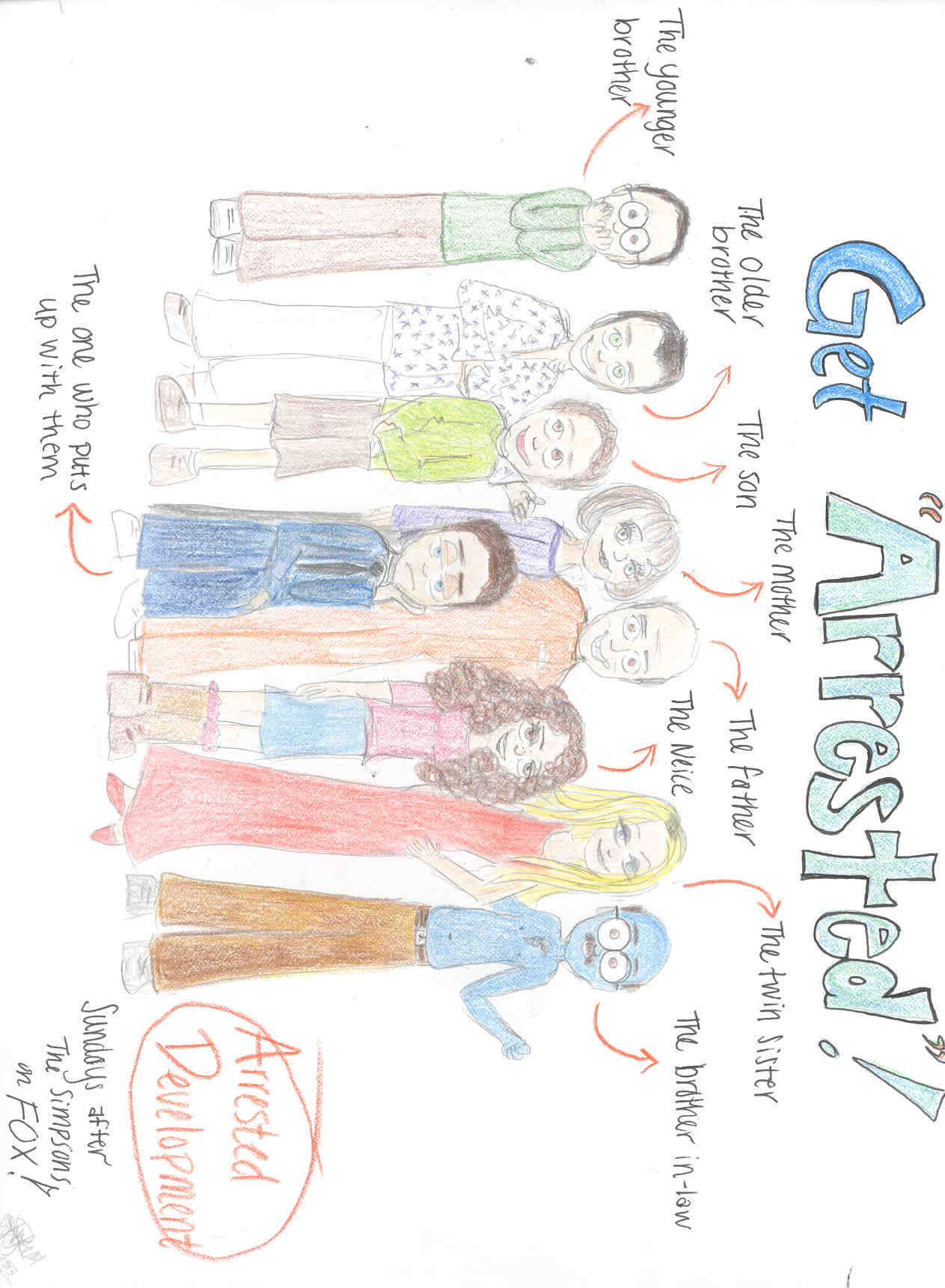 Yeah, I know it's huge but my computer doesn't like the whole "minimize and rotate" idea so I'm afraid you're stuck with this.

Plus I don't have that big fancy software to make sexy fliers with AD screencaps like everybody else does so I made this to contribute to the "Save Our Bluths" program.

Anyways, enjoy if you want.

***And yes I KNOW I spelled "niece" wrong! I'm not stoooopid, just lazy!

Haha! Buster looks so incredibly cute! And the blue Tobias is a nice touch. (You should've given buster his hook hand.)

Man, they're posing for a picture because Michael offered them money or candy to.

This is inaccurate, moron.

First of all, why would the whole family be posing for a picture with their fugitive father with them? Wouldn't they turn him in? Or wouldn't he at least change clothes?

Secondly, George was in prison in the first season and Tobias was into the Blue Man Group in the second season. There was never a time when they both occured at the same time.

And why would they be posing for a picture anyways? And if they were, wouldn't Michael at least PRETEND to be happy?

I would point out the misspelling of "niece" but you've already acknowledged that.

What's Michael sitting on? Nobody can squat for that long.

There is a hyphen between "brother" and "in".

And your quicky circle isn't the same.

Jeez, go back to school and learn your AD.

It's not silly, goose. It just makes your neck snap in odd places when you look at it.