The Note of Death

The Note of Death

The Note of Death by Hybrid_Sunshine 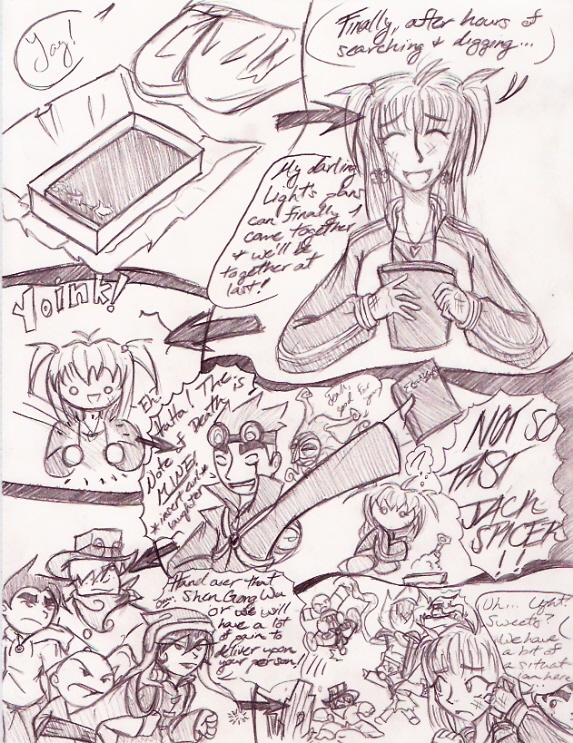 Yes, this was an idea that has been stewing in my head for quite a while. My Death Note obsession managed to merge with my Xiaolin Showdown obsession. The Death Note is a SHEN GONG WU!! D=

*Takes place after Light regains his memories and sends Misa to retrieve the Death Note from its clever hiding spot*
Misa: Finally, after hours of searching and digging... My darling Light's plans can finally come to fruition and we can be together at last!
Jack: *whips Death Note out of her hands* YOINK!!
Misa: Eh?
Jack: Haha! The Note of Death is MINE!! *insert evil laughter*
Wuya: Yeah, good for you.
Misa: ?
Xiaolin Warriors: NOT SO FAST, JACK SPICER!!!
Omi: Hand over that Shen Gong Wu, Jack Spicer, or we will have a lot of pain to deliver upon your person!
*Xiaolins & Jack Spicer begin fighting & Misa doesn't know what the heck's goin' on, so she calls Light*Misa: Umm... Light? Sweety? We have a bit of a situation here...
Raimundo: *checkin' Misa out*

Yup. Ignore the errors in this pic. I tried to make the XS characters look like themselves (how they really do in the show and it turned out rather well, I believe) and this was done over large amounts of time (was ignored for days due to distractions and lazyness). But, yeah, this was in my head for a WHILE. Just something random. ^___^

I love how everyone looks. Awesome comic, awesome idea. Great crossover idea. THAT would be an awesome fanfic. . . .

It makes me really miss Xiaolin Showdown though since I haven't seen it in ages!

Heh! I'm glad you like it! Yes, I would LOVE to read a well-written fanfic about this crossover. That'd be INSANELY sweet. XD

Hehehe. It would, it would! And of course I like it!