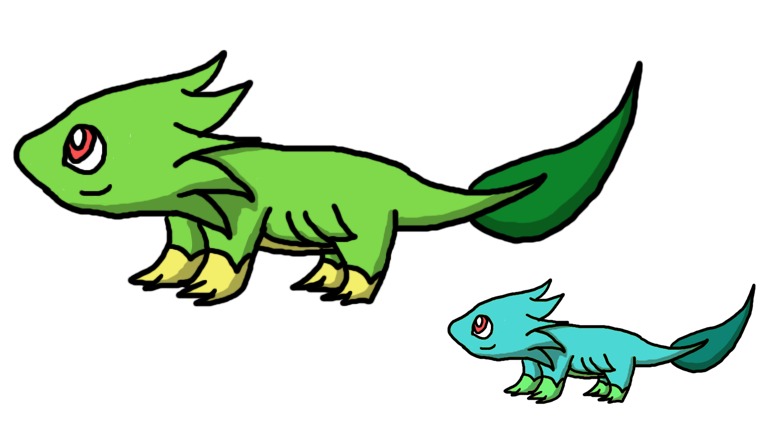 -Amethyst:
Popular in the Chushin region as a pet, it'll stay loyal to people if kept healthy. If an Igrain isn't fed and watered properly, the grass on its body will begin to wilt and die.

Igrain has been through a lot throughout the years. First there was a grass type starter by the name of "Seedleaf" I made then I was younger. It was pretty obvious that it was a Chikorita ripoff, so much so that I'm rather embarrassed to show it now.

I eventually got rid of it and I remained without a grass starter for a while. The owner of this site has a pet Bearded Dragon, which inspired the idea for Igrain. As Bearded Dragons are of course, very bristly, I handed Igrain this animal origin as a Pokemon covered in blades of grass instead of bristles.