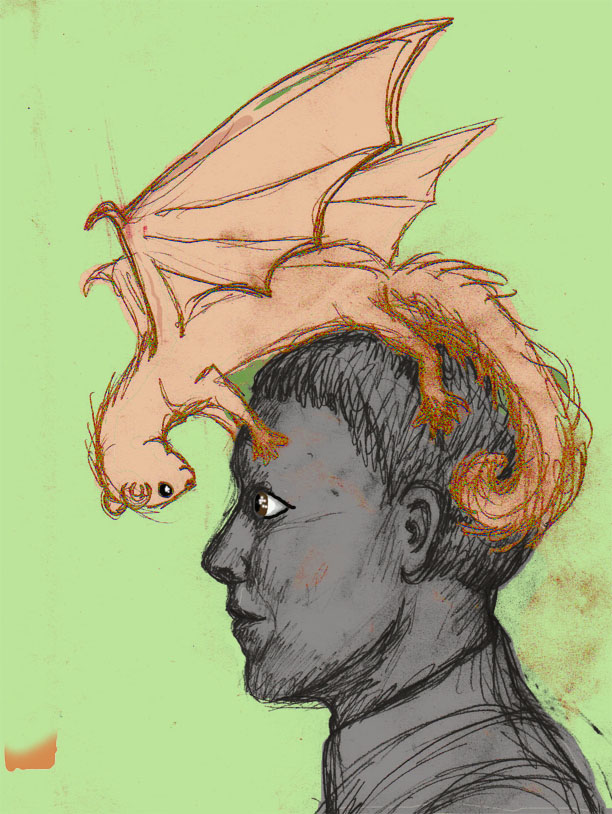 Here's another old digital WIP which I am really proud of. This is the redo of the picture of Arrow and Sen'tran Jr, as it was originally intended.

Harris Jenzar is basically a Space-Born Paragangian Prince, the youngest Son of the oldest and most respected Man in the universe, 400 year old Sen'tran Jenzar.

Sen'tran is the leader of the oldest Clan of Paragangia...the Spacers: Those who continued the Spacefaring ShipCommunities when the prophet Paragan  brought the Paragangians to the Planet Paragan. He's also the keeper of a certain medical technology which makes him the most powerful man in Paragangian culture. he is the only one who can give someone a Central Control Implant, which enables them to Navigate a Space community, lead a space community, or become the Center Of Paragangia

A "Navigator" uses energy derived from recycled matter, energy harvested from space both from stars and from recycled matter, and energy derived from the emotional energy of the community[including his own] to propel the ShipCommunity through space. He is called a Navigator [rather than a pilot or whatever] because choosing the course is what Determines how much energy can be gathered and thus how fast the journey goes.

SO in the Destiny of Dreams story the Marrion Jay is commissioned to take A young Anthropologist Named Jason Scott-Harris to a distant planet called Terran 8 so he can become an "Negotiator" for Paragangia in a village where advanced technology is forbidden called D'zeron.

Harris [who is terrified of sunlight, water, and anything living which isn't human, and anything dying] ends up going with him. to do so he has to have his Central Control Implant Removed. This procedure causes him to revert for several days to the time when it was implanted at age 4. [he becomes emotionally and mentally 4 years old again] during those few Days they are traveling up a river [fear of water] through a jungle [fear of living things] and Jason is very sick getting very rapidly sicker[fear of dying]

Marrisyl helps him get through that time and they become very close friends.

on Storm-artists.net we could occasionally have a "redux" community project in which we were all challenged to take an old picture we loved and redo it in our current style. this was a redux project based on the image I posted of Sen'tran Jr and Arrow.

like the other image, it was pencil drawn, scanned, but in this case rather than inverting it to make him look Paragangian I just gave it a very quick fill-color overlay.

I'm listing this as a pencil drawing because the art of it is in the drawing, the coloring was just to make the art more visible.

I always wanted to color this right.