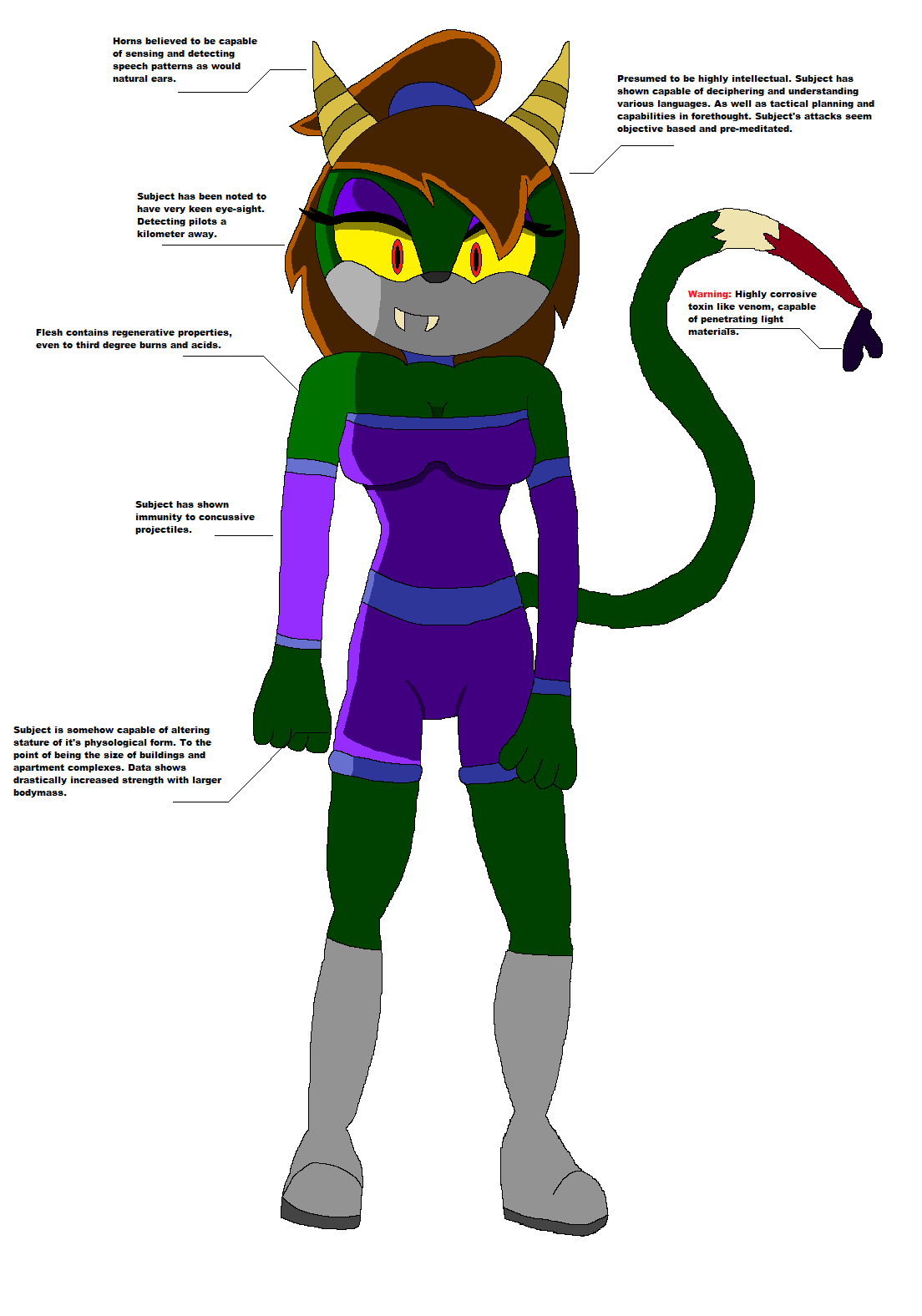 (OOC: I don't feel I did her legs or arms right, but hey this is the first ever redesign of her since this:
www.deviantart.com/jaredthefox… )

Affiliation: Army of the Damned

.wall climbing (via her tentacles)

Weaknesses:
.Not nearly as fast or agile as Lilith
.Not nearly as magically adept as her father Arnzarel
.Her powers rely on strength and poison attacks.
.Using her powers indoors maybe a bad idea.