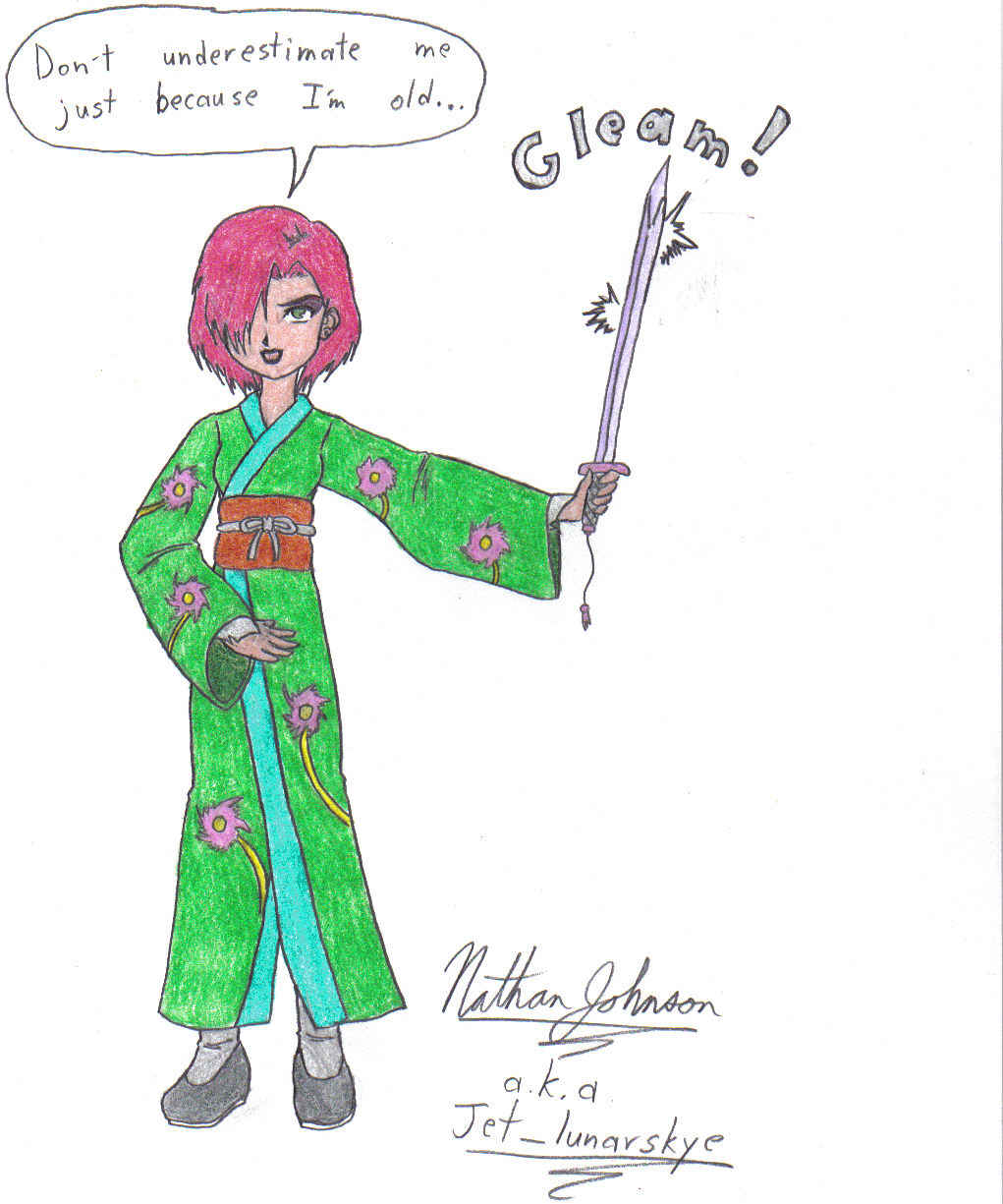 Lol, This is my character I created for Soul Calibur 3. Her name is Nanako and her job class is a samurai. When scrolling through the voices, I got a kick out of hearing an old lady's voice, so I gave it to her. So, to make up a story for her, here goes. There once was an old lady that lived peacefully in an old village. One day, she read in the newspaper about a tournament being held for the greatest fighters in the world. "Hmm...I could defeat those dearies easily with no sweat...If I were younger..." she says with a slight chuckle. The old woman was a crafty witch who created tons of different spells and enchantments over her time. After drinking a sacred youth potion, she was transformed into her early 20's but still had the voice of an old woman. After picking up a purple-bladed katana, the woman left her village to find the tournament. "Hee..hee...hee....don't underestimate me just because I'm old!!!<br />
<br />
<br />
Lol, that was fun! Anyways, comments are welcome as always.