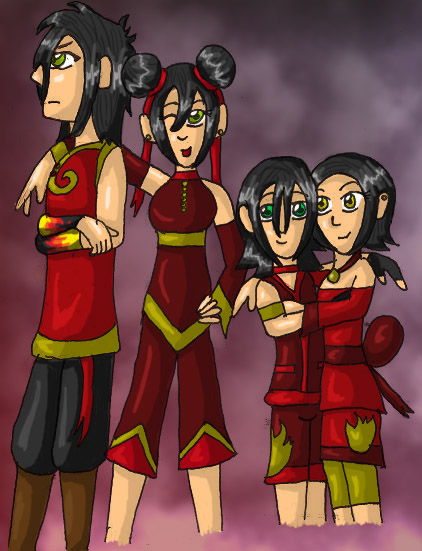 Here's Zuko's and my OC, Kat's, kids. I was going to write a story about them and the other nation kids, but I don't know. Anyhow, starting on the left is the oldest, Mako, the 2nd oldest, Zula, and the twins, Zeko and Kako. I kind of like how this came out, but I do have to admit that the twins seem a little close. :D I'm far from being that close with my twin brother. :lol: