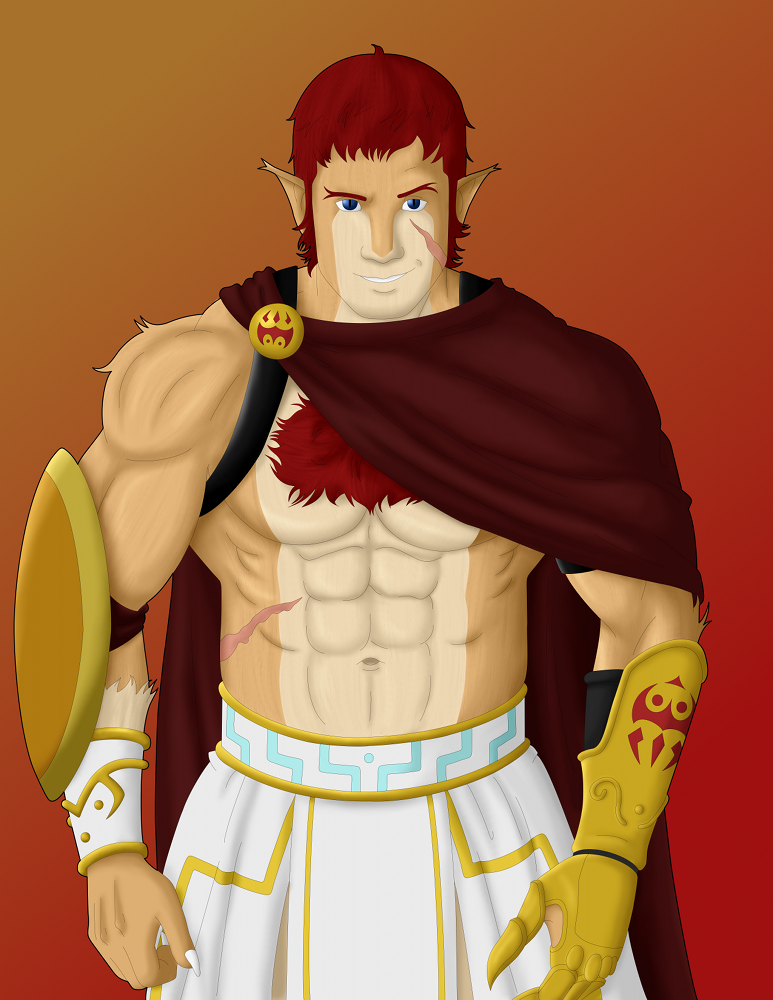 Raised in a secluded mountain village far to the east of Termina, Andros was raised to fear and despise any races outside their own. But, as they grew older, he and his sister, Lysandra, always questioned the reasons for their elders' seemingly unwarranted hate. It wasn't until a fateful encounter with a group of humans that Lysandra began to fight with the elders to abolish their laws forbidding contact with the outside world. Lysandra grew fed up with the stubborn tribal leaders and decided to try her chance interacting with humans, even if it meant facing exile. Possessing the same views as his sister, he willingly joined her in exile.

One morning, while traveling east to a village heard of from the humans, Lysandra was abducted by a group of bandits while collecting more water for their trip. Left alone, the 10-year-old boy scrambled through the wilderness, desperate to find his sister. He wandered for numerous days until one night, a man clad in black found him, but Andros was too weak from hunger to fight back as the man whisked him away.

To his surprise, the man fed him and nursed him back to health and even offered his aid in finding his sister. With nowhere else to go, Andros lived with the man and his two adopted sons, Agatu and Alphonse. The trio became fast friends and Andros was surprised at how quick local humans were to accept him.

It wasn't until four years later that he was finally reunited with his sister, found traveling with a man through the southern deserts. While glad to be reunited, he was more shocked to discover that she had fallen in love with the man who had aided in her search all these years and, what's more, together they had a one-year-old son. Reunited, Lysandra and her new family decided to settle down in the city to start a new life.

But, as life returned to normal, Andros could only imagine the terrible ordeals he would face in three years time, being so closely affiliated with the Gods' 'Chosen Hero'.

(After rebooting the story, I had to drop several characters and races I had made, but two I wanted to keep were Andros and the Lyralian race. So, I decided to change Andros from Hylian to Lyralian to give the race a little more importance than they originally had.)