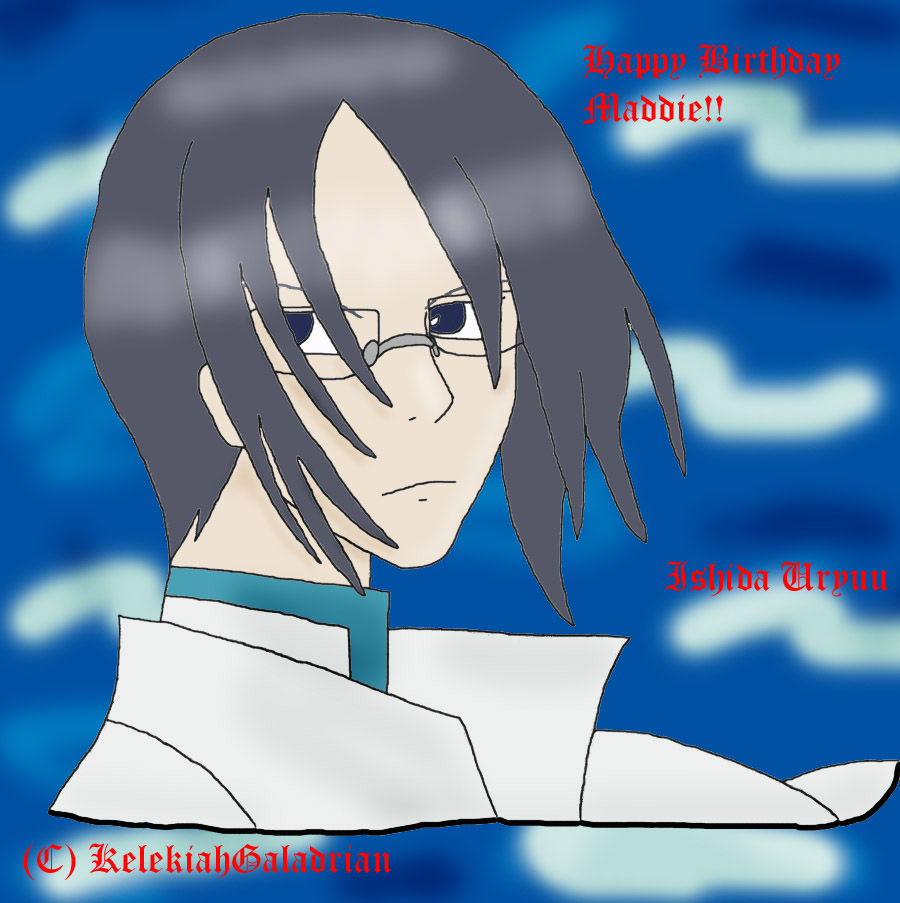 I told you guys I was gonna hopefully post more art this week and, whaddya know, I did.

This is for Maddie's birthday (Wulf-chan did an Itachi picture for her) which was . . . sometime ago. I don't remember how long it's been XP Anyway, I told her I was gonna draw something for her and, after a while, managed to choose Ishida.

Wulf-chan and I both agree that he looks more his age now 'cause he looks too old normally even though we still love him. I like how he looks younger and I'm really proud of it (but my previous picture is my current fav that I've 100% completed).

I missed a couple shading spots, but I don't mind so much 'cause it doesn't really bother me. I admit I was a little more lazy with this picture, but, as I said already, it doesn't bother me.

The background is supposed to represent a sky (very lame sky) but a sky. Also, in case you didn't notice, his hair is being blown in the wind.

I think I did a pretty good job so *shrugs*

That's cool! I like the background and the shading!. Good job!

wow o.o very nicely done, i can never do that wind-blowing look lol

Thanks. I normally can't either. I only managed this one because that's what the reference looked like XP