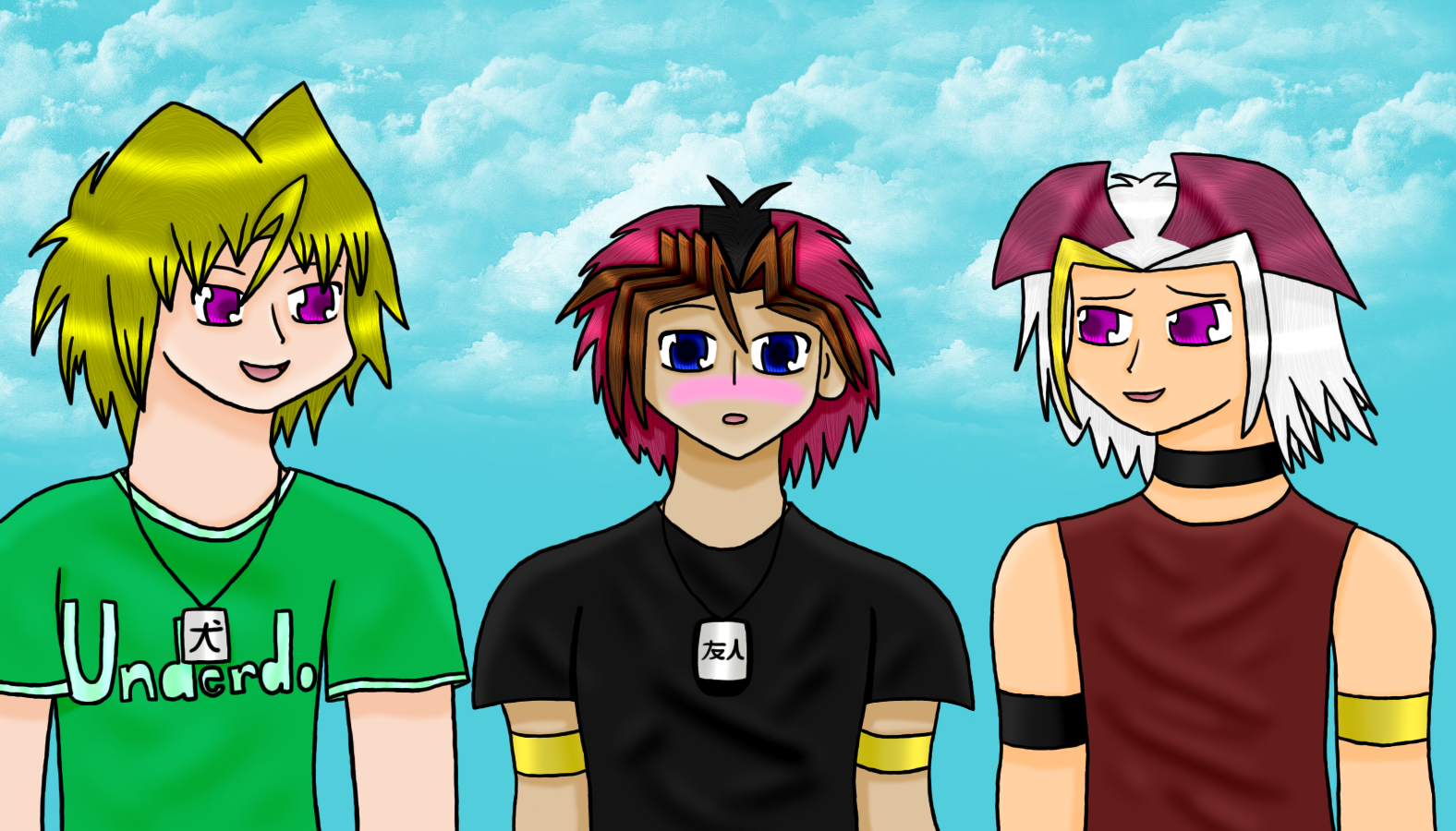 A new day, a new set of pictures to post. This will be the last set for a while.

This is a continuation of yesterday’s posts. It’s the combined picture instead. Yay. Please see the original here for important information from before:
http://www.fanart-central.net/pic-789937.html

Alright, so I don’t really want to talk about all the stuff featured in the previous picture. Just go look at it. And see the last three pictures about stuff concerning the people in the picture. Whatever. Just go view them and read the comment boxes. It’s good to do that.

So anyway, the thing I really wanted to talk about here was the background. All you can see is sky. That’s because realistic backgrounds are really hard for me. Deal with it. The most important part of the background is what you see at the top. Those are cloud brushes. There’s no way I could do that by myself, heck no. Nope. Downloaded the brushes on DA. Give me a minute and I’ll find the link:
http://javierzhx.deviantart.com/gallery/#/dkep1o

Other than that, I didn’t really have much to say here. Except maybe a rant. . . . Nah. I’ll save it for later. Just know that lack of comments has severely irritated me.

So, comments then? Anyone? Yes? No? Please?

Bet jonouchi got that dog tag from Kaiba as a gag present or something.

Maybe. That would be HILARIOUS.

I do hope you realize that isn't actually Jounouchi from the canon series. He's MY original character of what would happen if Jounouchi and Mai got together.

I shall comment on my amusement at the dog tags they're wearing. XD "Dog"? ha! XD "Friend" sounds much nicer. :P

Thanks for the comment. I can't tell you how much it means to me. It makes me feel bad for not commenting on anything you've posted for a LONG time -_-0

Yeah, I really don't know what I was thinking when I did that. At least it's fun to laugh at, right?

You're welcome. ^^ It's fine not to comment on mine. I'm kinda used to it... which leads me not really having any expectations =_=" Besides, I HAVE been posting some messily/quickly sketched stuff anyways.

If I want comments, I really should give them out. Especially to people I have faved.

Yeah. I think it's kind of a remnant of what his father went through or something, since Jai (who is MY character) is Joey's son (Joey is NOT my character. I just like to borrow him). I dunno. But it is funny, I will admit.