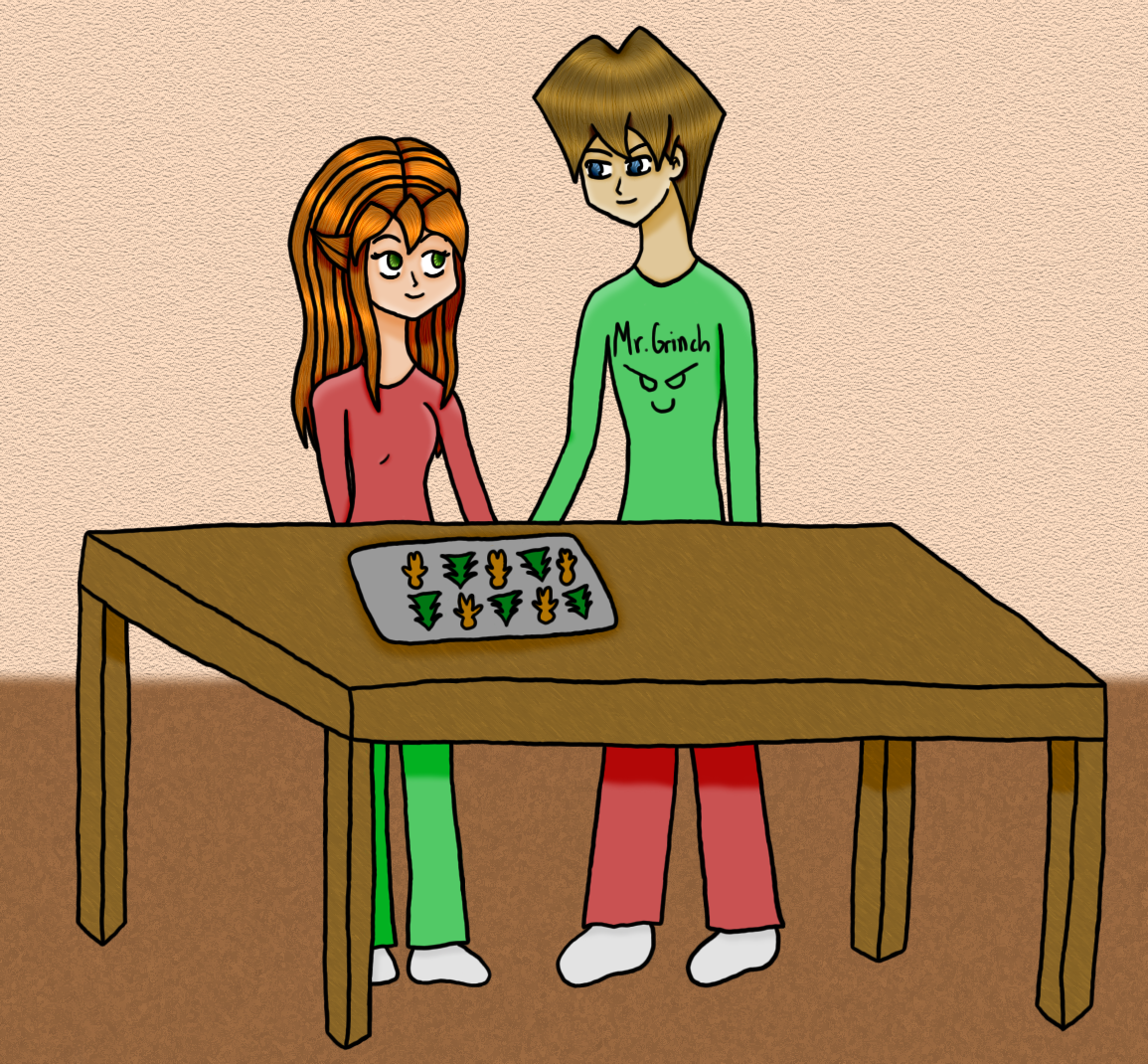 This picture was drawn in December of 2011 and colored in January of 2012. It’s a Christmas art trade for my dear friend Kay-chan. It’s uber late XP I just barely posted it on DA, like, ten minutes ago XP

I have quite a bit to say about this picture.
First, no references. That’s why it looks so crappy XP Cat-chan suggested that I try to do more from my head rather than reference all the time even if the pictures aren’t that good. She’s right, you know; it makes good practice. But that’s one of my hesitations for this. It isn’t that good ‘cause I’m not good at doing out of my head. My anatomy needs work too, and that’s partially why the hands are hidden. Again.
From the neck up, Seto looks fantastic, and I really like Kay’s hair and eyes.
I laugh at my attempts to mix and match Christmas colors with their outfits ^^0 Not the best, but not too bad either.
I partially referenced the table (just so I could get the legs right), and the coloring on it is odd, but I dunno how to color wood XP
My shading still needs work XP
That tray of cookies sucks, tray and cookies both XP
I’m not sure how I feel about the background colors. The texture on the carpet is okay, but it’s brown, and mixes in with the rest of the coloring. The wall is odd too. The color isn’t TOO bad, but . . . I dunno. The texture is a bit . . . too rough. I should’ve softened it more.
Minus the torso and arms, the size comparisons between the two aren’t too bad—particularly in the legs and feet. And you know what, I think Kay’s head is bigger than Seto’s XP OOPS.
. . . OOPS, I forgot to shade the floor XP *falls over*

It’s not the best, but I think it’s pretty good for my level of skill.

As a side note, first pic of 2012! WOOT! (Even though I’ve submitted a handful of pictures before this, they were all completed last month. This is the first picture I’ve finished this year XD)