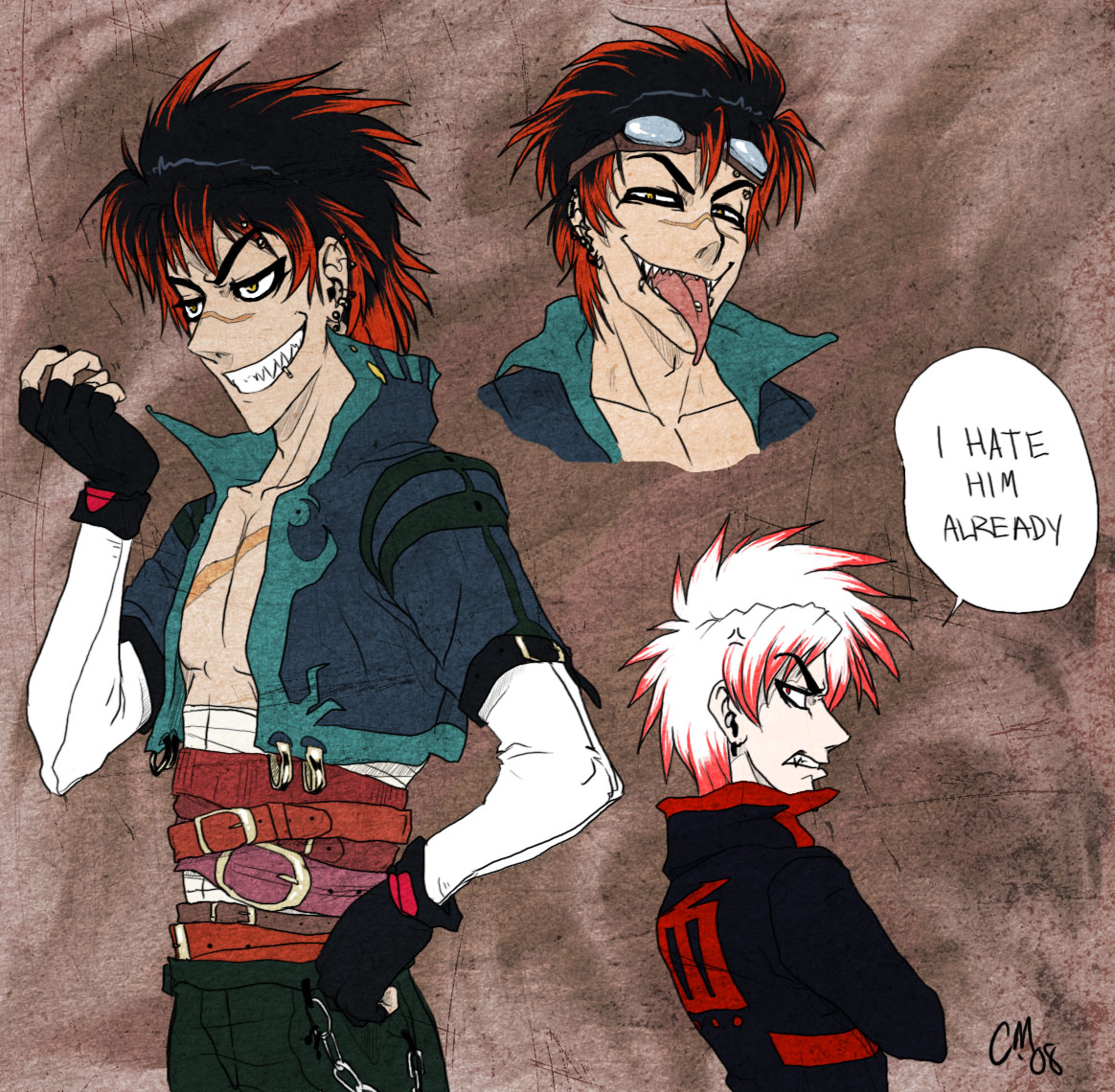 How did I come with Hekuma?

Well, first off, I had this nagging idea of a sort of "anti Night". His colors would be different (black hair instead of white, tan skin instead of fair, etc), he'd get lots of joy from killing, have a demonic appearance, and would be such a womaniser.

So, I just started drawing him and this is how it turned out.

A number of pictures later, the design stayed somewhat consistent to this. The only things I changed were replacing the belts with bandage, simplifying the jacket a bit, adding more muscle tone and making him much more tan.

I'm somewhat surprised that it's worked close to this so far. And....I'm starting to like him more than Night himself. D: Very, very scary.....Especially since Night's grown on me over so many years.

Gotta love characters with attitude, am i right?

The belts are just wonderful! But I gotta tell you the jackets you give them are simply some of the best designs I've seen in a long time!