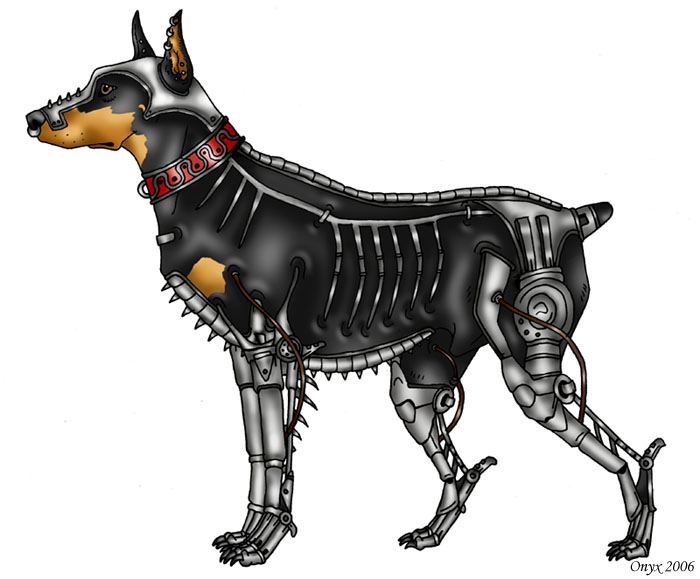 Started off as a random Doberman doodle, but just started playing around with it, and a few hours later, came up with a robotic Doberman^^ Haven't come up with a name for him yet, but I did work out a little history for him. He lost a leg in a car accident, so his owner (whose obsessed with technology) built him a robotic limb, but ended up getting carried away and completly kitted him out with robotic limbs and armour (grafted to the skin). Yeah.. I come up with some weired stuff for my chars^^
Colouring isn't the best as I'm not very good at colouring shinny serfaces, although it did come out better than expected, and I am pleased with it. I think the drawing, inking and colouring took about 7 hours (one of my longest pics to date!).
Please leave a comment, thanx!

Wow, I love Dobermans, they're my favourite breed of dogs! *my own pooch now looks at me with hurt in his eyes* and spaniels, I like spaniels too...anyway, great anatomy, and awesome concept, it looks really well drawn