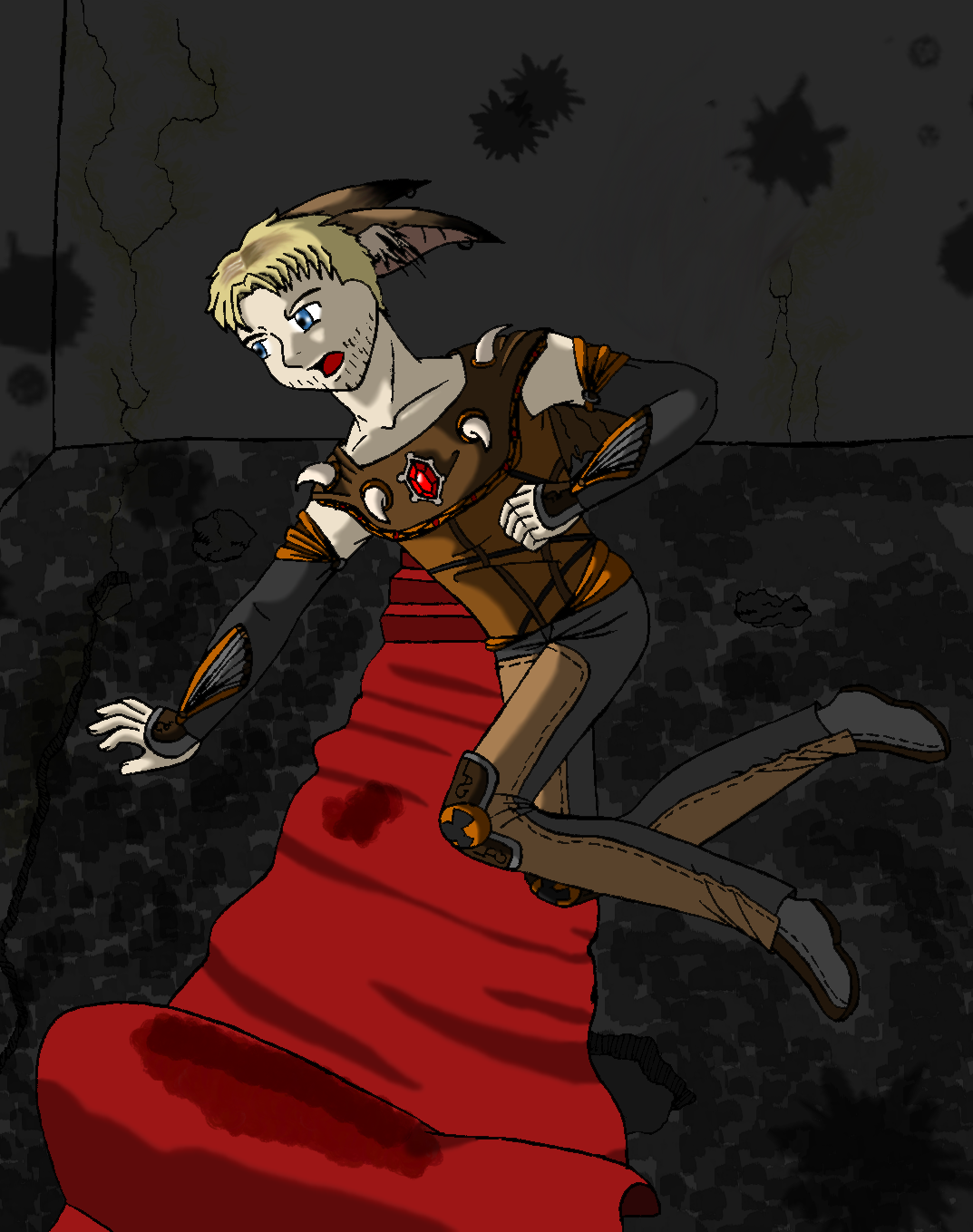 An off character picture of my character Mizu. It looks pretty bad and stuff, but oh wells. I usually don't ever shade, but I sort of had a decent reason to this time XDD! His nose is messed up, his pants are too tight, some of the shading is messy, there's no highlighting, his right eye is oozing off of his face, and blah blah blah. His ears are technically too short for the fennec species, but he's supposed to be evil in this picture, so I figured longer ears would make him look too adorable, which would distract from his apparent evilness. =D

Your drawing not sucks? It awesome and keep up the good work!!!

it's great ^^ The guy is very handsome though it's true it's hard to tell if he's good or evil.
His outfit is awesome. I like it very much.

Thanks much! Oh yeah, I forgot to mention that he is unusually pale in this picture because it takes place in an RP where he's a freak that thinks sunlight will make him burn up XDD!

one of your best pics :D

Thanks much! No one's left me a comment in quite a while, so I appreciate it! ^-^

It's because FAC stopped sending Emails. The stinkers. I would comment you, but I have a dozen friends that pust stuff up, and I cannot check them every day. FAC, please send Emails again. D=