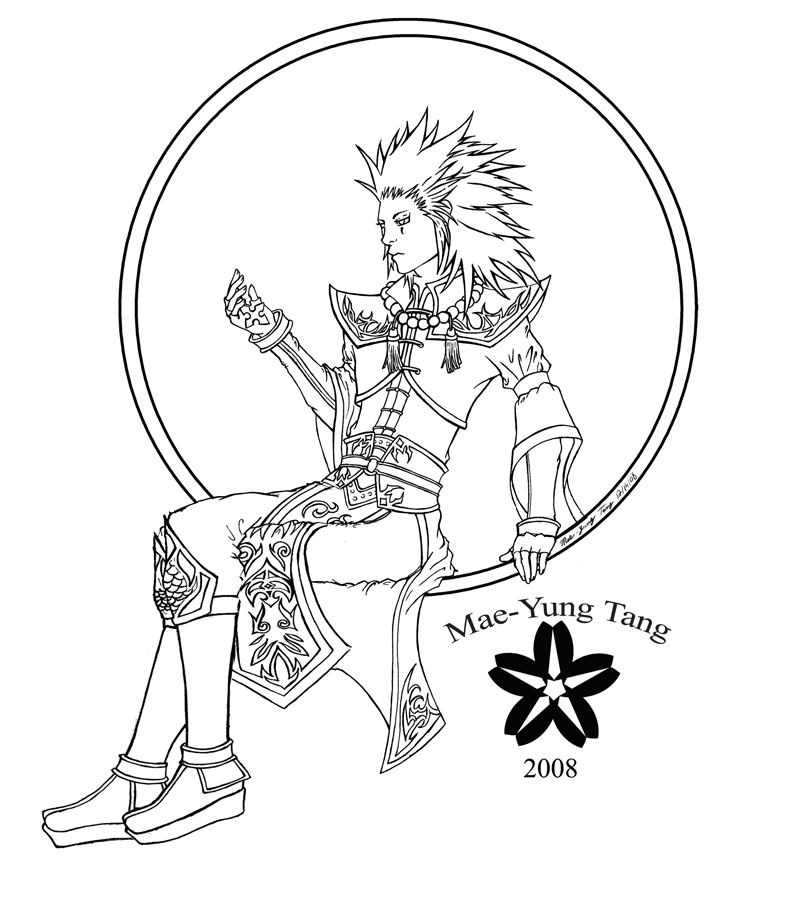 ok I think it's been two years... Maybe more since I last did any sort of fanart.. I think... so after playing Dynasty Warriors 6.... and seeing Kingdom Hearts.. I was inspired to do asian themed Kingdom Hearts characters.... Soooo... I started with Axel!!..... he looks like a general in an ancient chinese army lol from Dynasty Warriors... well sort of.

It's been a while since I have drawn a full body.. So I KNOW some of the body proportions are wrong.. TT.TT.... And this is probably the most detailed work I've done since I'm a lazy @$$... His color scheme makes me think.. Wu-ish.. Red, gold, black, and white... lol.. also.... HIS HAIR WAS SO ANNOYING lol... I have to figure out which angles were right for his hair and whatever else I did for his hair... This WAS my first times drawing Axel lol... oi.. my hand hurts from all the inking of detail... ow.

I will probably do Roxas next, and then sora, Riku, Kairi, and Namine like this.. well, when I have time lol.


one last thing, I changed a little of my logo because I just wanted my name in it.... and now, hope you like!

if you want to color, please note me!

Wow, this Outines are really impressing! His face looks great, and i like his clothes! greez

Thank you very much.. His clothes nearly killed my hand from all the inking lol