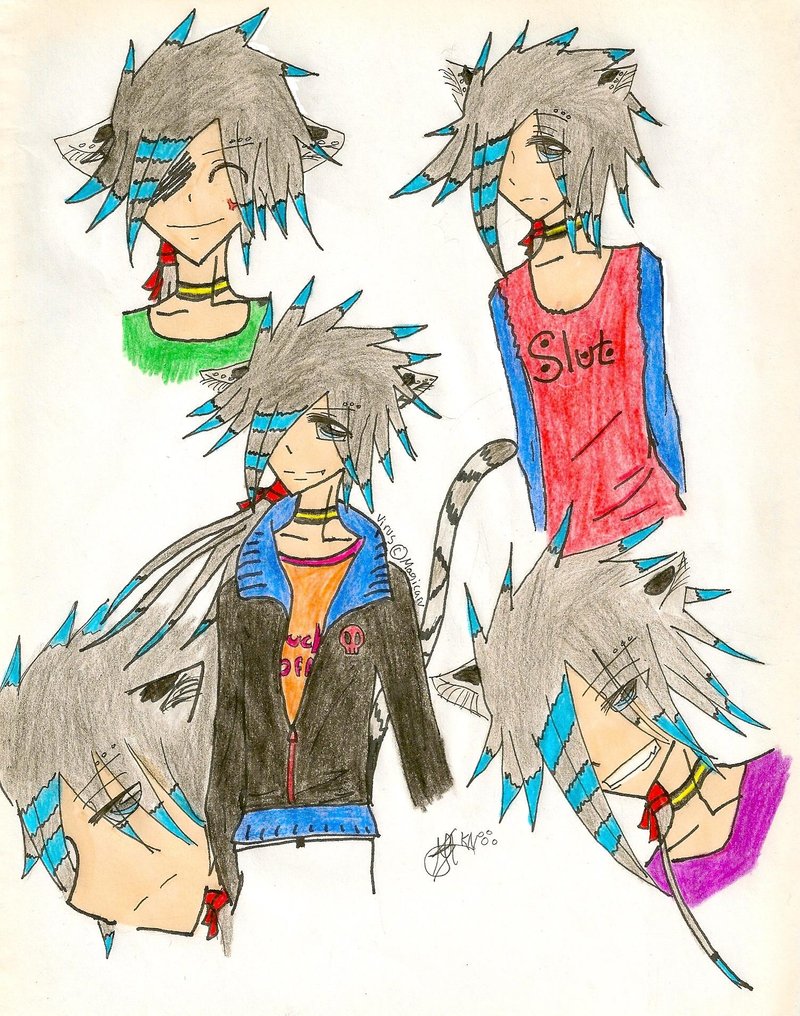 So this is the entry for aesthetic93's contest! The goal was to make an OC to be by her OC Mynt. Soooooo, presenting Virus!

Personality: He's that kind of guy who loves stealing candy from babies. He doesn't give a shoot about others and isn't one to be messed with. He may seem very tough but to a few select people he does show a different side. Even though he is mean you can sometimes catch him alone in his office looking out the window with sad eyes.....but as soon as he spots you he changes back.

Background:He's had a sort of tragic past. He was born in England but due to some money problems they left for L.A. His mother died due to an incurable illness and his dad left soon after he was born leaving him with his older brother, London. His brother dropped out of college to look after him but then they had a car accident. Virus lost the sight in his right eye and his brother died. He was taken in by his aunt but they soon left him as a lost cause. He started working and landed a job in a loan company and as soon as he finished college he worked full time. And that's how he became twisted.

Phew that was long! Well I hope you all like Virus! My cute adorable little boy! I really tried on him! And I even colored him so if he doesn't win I'm gonna make him my first OFFICIAL OC! So wish him good luck!

i luv t he is awesome!

Heheh thanxs! I love his hair too! I envy his coontails :<