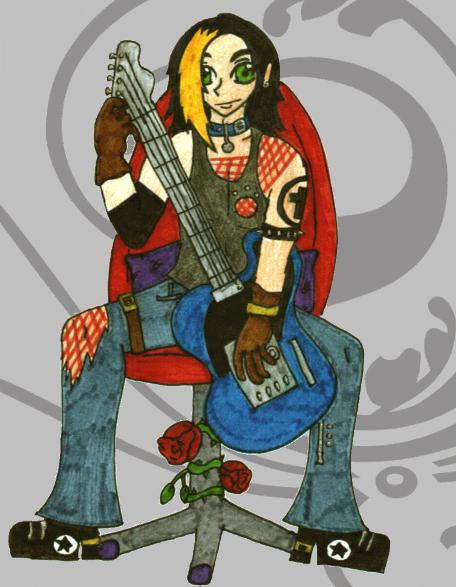 It's that music'll make you lose control... or Jack Colby will make you lose control. Yep, he's done that to his lover, Jesse, hell, he'd have no problem making you lose control too. <br />
<br />
It's basically called, don't listen to Missy Elliot while drawing, and then don't you even think about switching songs to 'The Used' (Yeah... but they're good!) *clears throat* right... That and I couldn't think for a title for this pic. *shrugs*<br />
<br />
Yeah, Jesse, he's a handful. Jesse's saucy, blonde, bubbly and very gender-confused, so it's no wonder Jack needs some much time alone from his unfront lover. What better way to unwind then play his electric guitar? <br />
(Also. Check out Jesse in my gallery if you are curious to who he is.))<br />
<br />
(Jack is the other half of my slash couple. If you don't like it, don't go complaining to me about it.))

I have got to get to scanning and uploading your pic T_T It's done, and I hope to do it tomorrow or sunday. Drawing Jack & Jesse was fun ^^