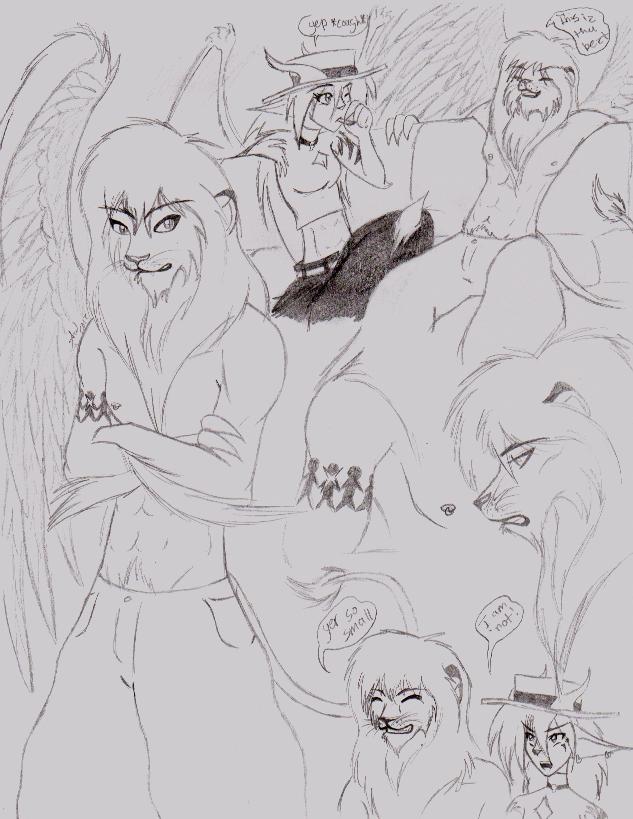 Thabo left his and Reilane's birthclan waaaaay before Romanov started to abandon the ways of the gargoyle. Since no one wanted to join him in his search for other gargoyles, he couldn't take little Reilane with him (she was just a hatchling, which he couldn't protect when he went hunting)

But thanks to some rumors he had heard (when Romanov exiled Reilane) he went straight to New York, looking for his little sister.

(he appears later on in my fanfiction but I couldn't help but add a profile and his backstory here ^^; here's the link to the first chapter http://www.fanfiction.net/s/8392775/1/Unexpected_Attractions)

Age: (I don't actually know Angela's age so I can't do the math, he's a little older then Reilane who is the same age as Angela)

Father: (not created but is a lion gargoyle)

Personality: Good sense of humor, has a slight slur (its a family thing) Sweet, protective, loves his little sister very much, has a little problem with smoking (so does his sister) loves to cook, stating his opinion on movies, and doesn't like Brooklyn very much.

Dislikes: Brooklyn, anyone who messes with him or his sister, anyone who is bossy, leaders, romantic movies, and Quarrymen

Anyway hope people like him, I know I do *fallen in love*