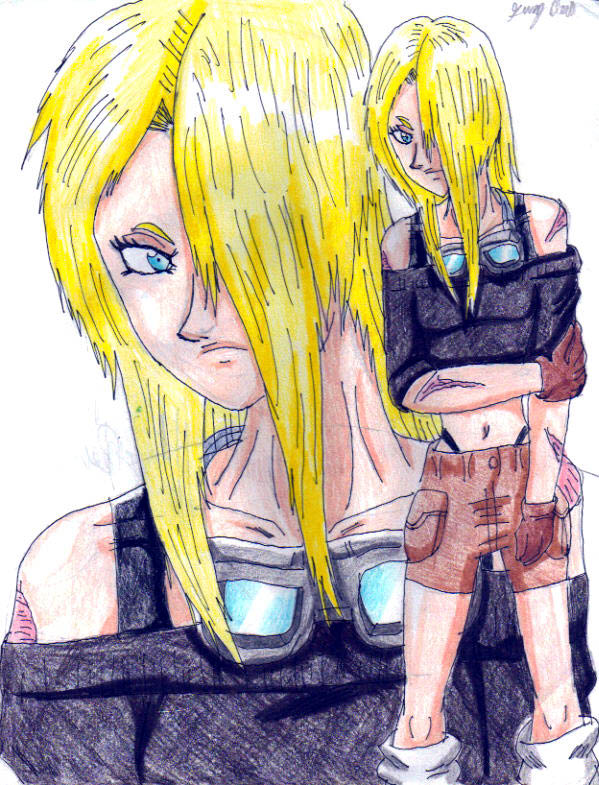 The last member of the Titans (former, but still), is Terra, the one who betrayed, than saved the Titans, but at the cost of her life. Still, the final episode had a girl who looked just like her, and there were definite signs that that was Terra. Whether she did forget, or she was pretending, she definetly did not want to be involved with Beast Boy anymore.
Anyhoo....I gave her a new design for her outfit, to still fit that whole outdoors like thing she had going on, I dont know. Also, if you're wondering about the scars, lets just say getting that cyber suit off may not have been without some injury.

Wow you are SO SO SO good! She looks so cool! I love the way you drew their heads in the background, making it look almost the same as the full view without even using a copier of some sorts! Great job! ^^