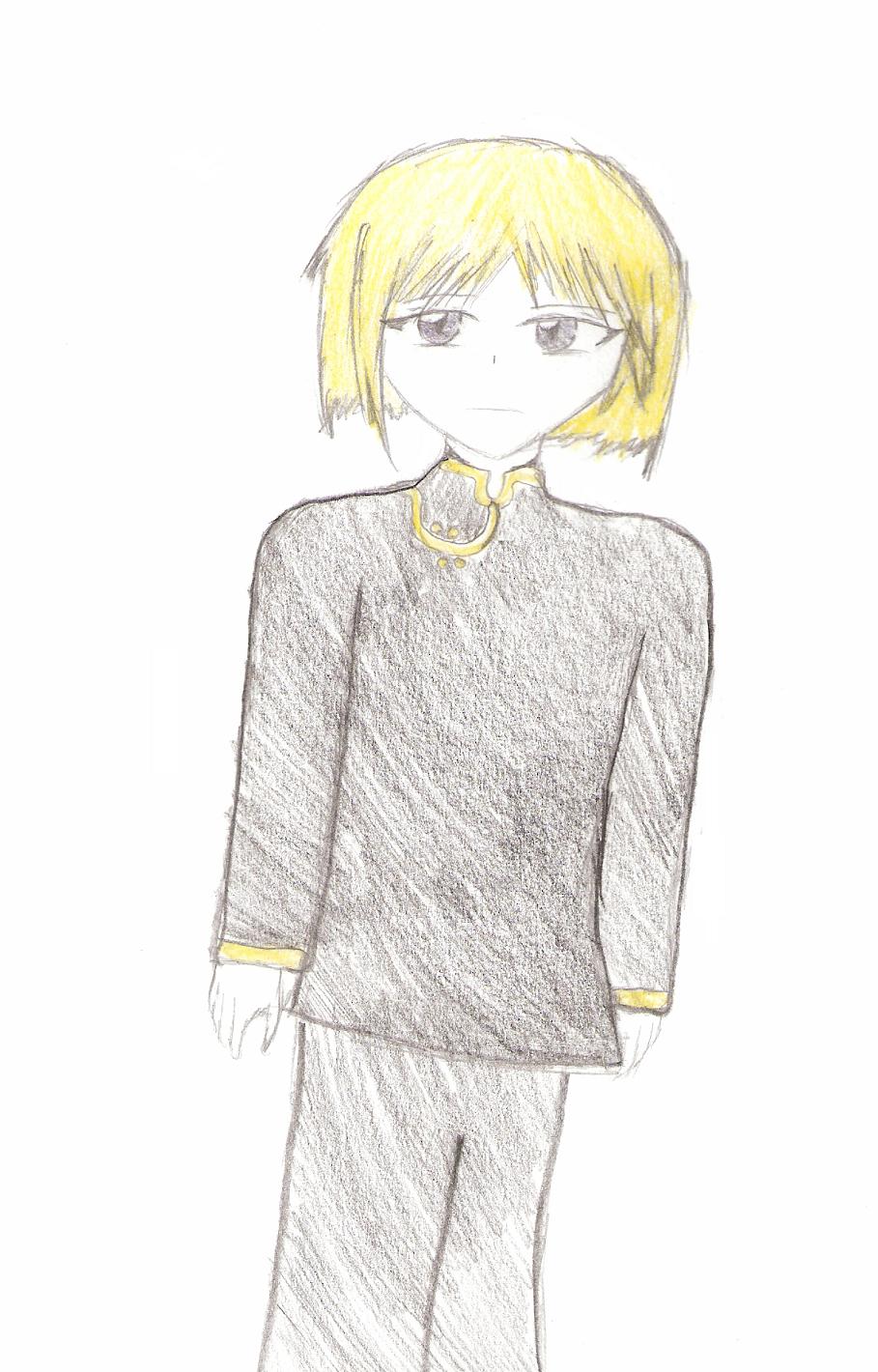 Need more pics of Byakuya...and just all-around more pics XD Lol I did this when I stayed with meh Aunt ^^ (I was trying to get away from bratty younger cousins ><)

Well....this is Byakuya younger....probably a year or two after Mika's death. (But I made him look a bit too much older in this pic X3;;; Oh well) To get some money, he had a job at a church with Ana (they've known eachother for a LONG time...and Ana's had a crush on him ever seince they met, she just never realized it X3 ...Wuv -w- *can't stop saying 'Wuv' after I saw a clip of BLEACH with Chappy in it XD*) Anywho, Byakuya looks depressed because this @$$ that Byakuya had to work with yelled at Byakuya, because Byakuya was being all upset and depressed, leading to lacking in his work ;-; But Bya-kun can't help it!!! He just lost the one person who he could basically call his family...Mika (Note: Kiyoshi was missing at this time.)

Comments, I guess? XD oo And in the disclaimer, it says July/August 2007 because the pic was done in July, but submitted in August, and I wasn't sure what to put X3;;;;

wow he's cute!!! SMILE, CUTE PERSON!!!! I like this picture very much. HE'S SO CUTE!! His hair reminds m e of one of my own characters O_O it's crazy. I mean, there are obvious differences but they're both blond and stuff.

Byakuya: I actually do smile a lot. o.o This doesn't happen too often. *takes a sharpie and draws a smile on the picture* :3

Awesome job!=D It looks so cool.^^ Love the eyes.=]
( Dang thats right, I need to readd you to my faves list because my faves list messed up.o_O )

you're welcome your avatar makes me dizzy^^