Dorian, Portrait of an Anzati

Dorian, Portrait of an Anzati 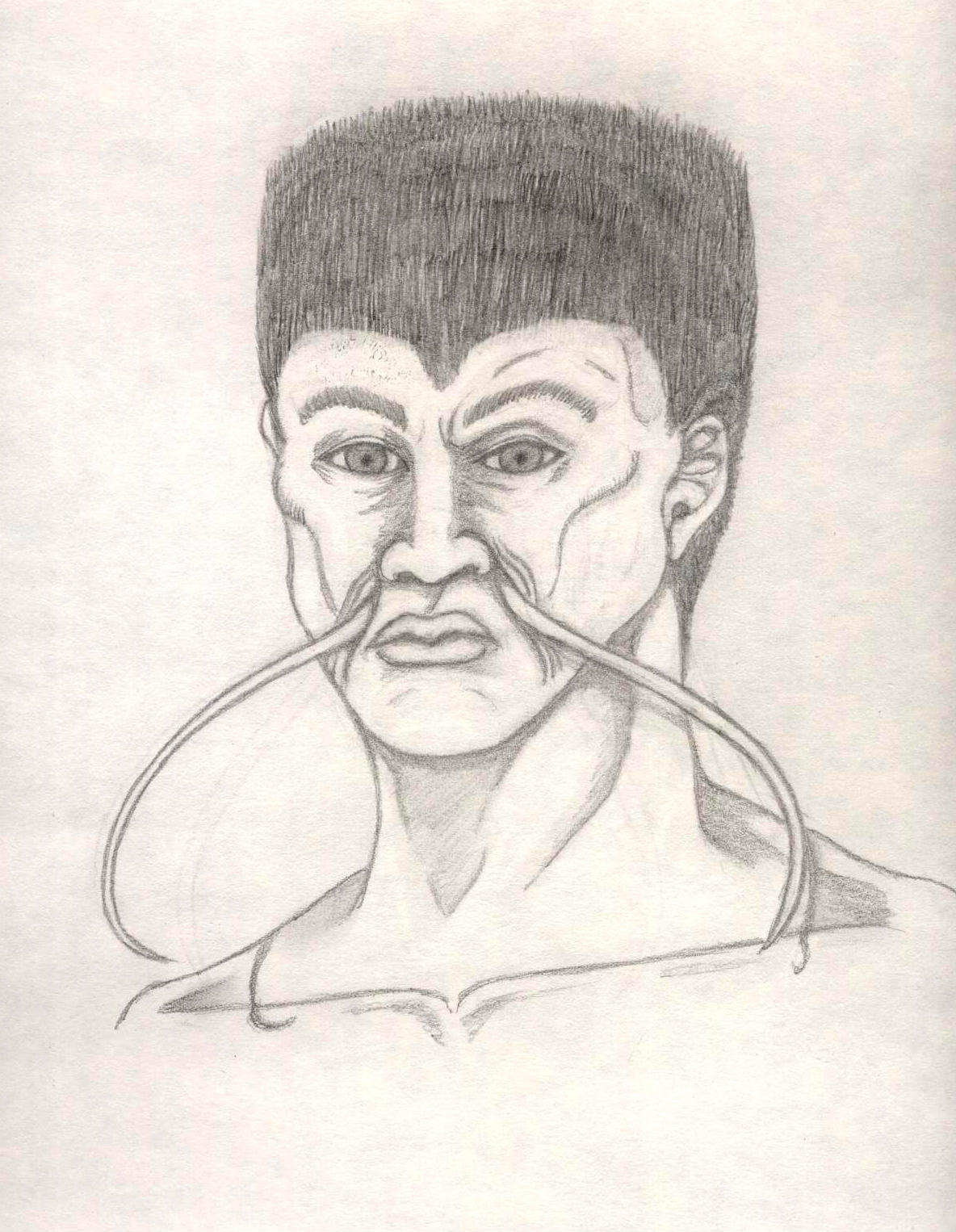 The Anzati are a race of predators, they usualy keep their feeding proboscis hidden in pouches in their cheeks, but I drew Dorian with his out. They use their proboscis to suck out their victim's brains via the nose...this is the only way they can survive, so I don't hold it against them...they are also known as "Snot Vampires", though I'm sure they dislike that term.
An insane and sadistic Anzati assassin named Dannik Jerriko appears in the cantina scene in Ep. IV, and in the books Tales from the Mos Eisley Cantina and Tales from Jabba's Palace. Jedi-hunter Aurra Sing was raised by a group of Anzati, and there was even an Anzati Jedi, Volfe Karkko, but he turned evil, fed upon his own Padawan, and was, in a display of Jedi stupidity, allowed to live in a form of stasis. He was still able to use his power to call hundreds of Anzati to his prison, and fed off of their life-forces, turning them into feral animals, and, centuries later, he used the brain-washed Twi'lek Jedi Aayla Secura to help him escape, but was killed by Jedi Quinlan Vos a few moments later. Unfortunately, his followers/victims were killed with him...
I just wanted to draw an Anzati, I didn't use any outside pics for him.
Anzati look almost human, but they have bulbous noses and cheek pouches.

Notes- Dorian's parents were mentally enslaved by the Anzati Sith Volfe Karkko, and he himself barely managed to escape. His parents later died protecting Karkko from the Jedi, so Dorian has a deep mistrust of both Sith and Jedi (He blames the Jedi for all the deaths Karkko caused, because they let him live and enslave other Anzati). Dorian was rescued by Ohlu Dara from a frightened mob on Trophis IV, and is his closest friend and confidant. He only feeds off of people he feels "deserve" to die, due to their cruelty or crimes...Ohlu Dara has a large, secret cryogenic storage area holding condemmed prisoners for Dorian's nutritional needs...
Very few people in the Anti-Slavery Alliance know that Dorian is Anzati, to protect him from the prejudice and fear most people have towards his race.

Please, no profanity in comments, Anzati don't like profanity...
Thanks

No, Dannik has straight brown hair...I just made this guy up...If I can find a good pic I might draw him.

WOW! Excellent realism..is this one Dannik Jerriko? i always wondered what he looked like...that shot in the cantina isn't too clear +Faves