Commodore Purin Purin of the 77th Marine unit by Ran_The_Hyena 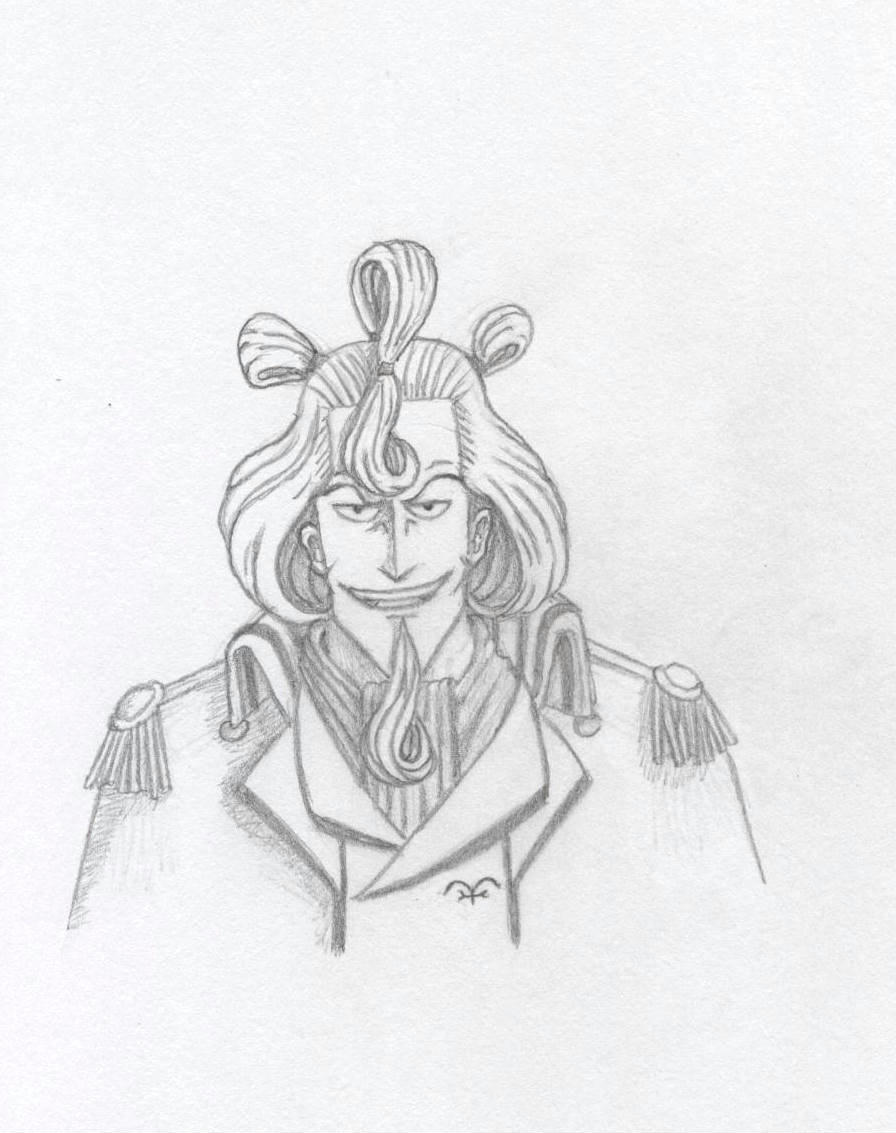 Commodore Purin Purin (A.K.A. Commodore Pudding Pudding) was commander of the 77th unit ship that attacked Arlong Park. When Chuu jumped aboard and water-gunned the ship's gunner, Purin tried to talk terms, but Chuu took him down with a water-bullet, as Hatchi and Kuroobi created a whirlpool that sunk his vessel, I assume he and his crew drowned. Not very nice of Chuu, but he is an evil pirate...In his defence, the marines fired first, but it was still a terrible thing to do, (And I'm Chuu's biggest {And probably oldest} fan!)
Please, no profanity in comments,
Thank you.

THANX! It is pretty wierd...

Yah, this is a great pic!
This Puin guy have the most weird haircut I've ever seen!