The DP kidlets by Reepicheep-chan 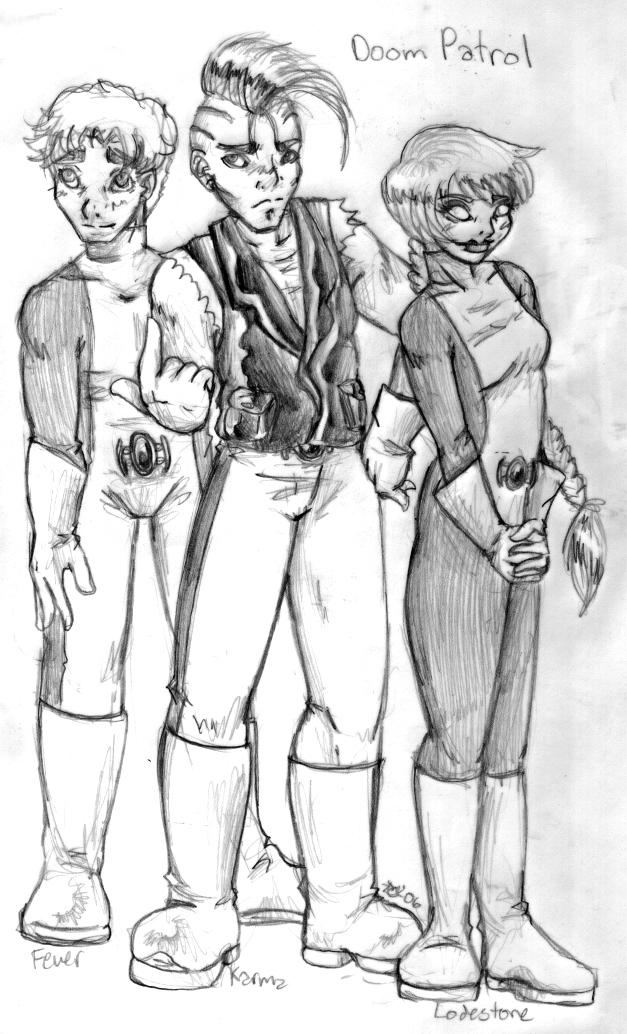 Another Doom Patrol doodle. This one is of the chilluns ^.^ Arani's little hireling who have one of the friggin' shortest runs as superheros, like, ever. On the left is Scott Fischer, who's DP name was Fever, I think, although they never called him that in the comic and there is another DP member named Fever later on, but Fever was written on the tombstone along with the other names of current DP member on this one cover, so I think it is was his name intially. Anyways, he died partialy from the gene bomb and partially from cancer. In the middle is Wayne Howkins, aka Karma. Karma is an asshole. I like his uniform though ^.^ His power is also nifty. He ran away and I think got arrested and died in the suicide dquad, but I am not sure. Last is Rhea Jones (oh man these last names are so creative) aka Lodestone. This would be pre naked eye-stomach Lodestone. She fell into a coma after the gene bomb and woke up all crazy and flew away.

And now you know more about the DP.