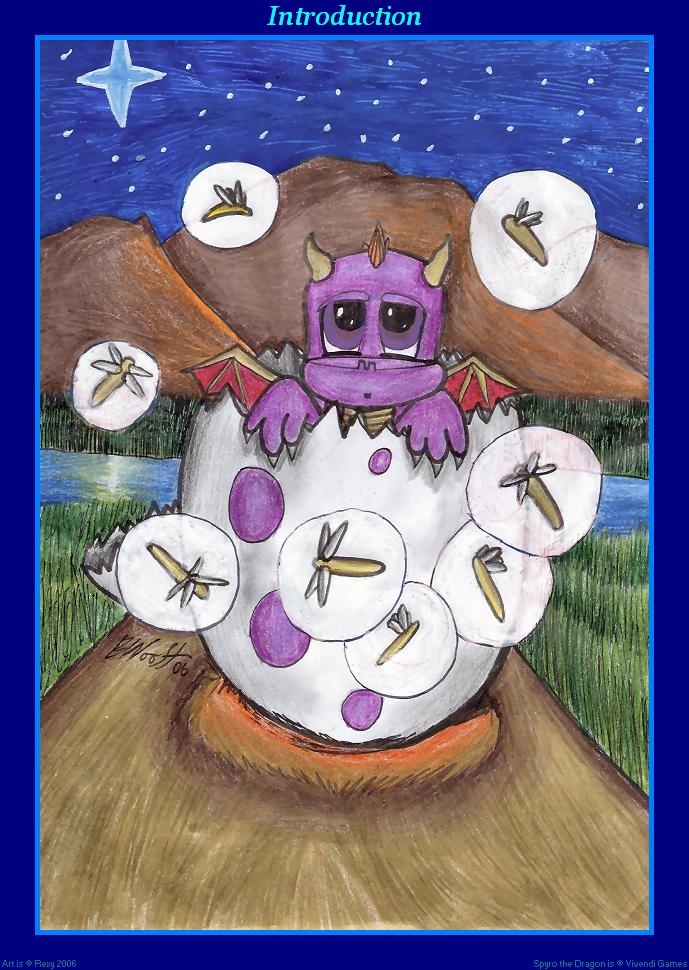 Wow, it's been well over two years since I last submitted something here. O.O Either way, when it comes to browsing among message forums, there are some people who can't access some of my other web archives due to firewall issues, so I might as well transfer some recent stuff here as well.

As most of you guys would know, I've been holding a keen interest with Spyro the Dragon for a long time, so much to the point that I have every game except Shadow Legacy, and have a plush of the dragon himself back home. So it's come to no surprise that I've ended up with keen interest with the arrival of the newest title in the set, The Legend of Spyro: A New Beginning, which apparently would reboot the series from scratch in a similar fashion to Batman's "Dark Knight" comic storylines. I know this game would be likely to shock some people, but I'm glad that there's going to be a change in pace after the stale formats that came of the console games as of late. The handheld GBA ones were alright though, I give you that.

So what I did here was a sketch of Spyro emerging from his egg as a hatchling, surrounded by a bunch of dragonflies set to raise the poor fella. I never thought that hatchlings could be tough to draw, but I knew for sure that I wanted those big expressive puppy-dog-like eyes and smaller body proportions of other elements of his body to try and add to a cuter expression to him. I'm aware that he could have been in an indoor area, but what can I say? I love drawing outdoor scenes like this, and it's only fair for someone to emerge surrounded by company, and I think this is as close as we're going to get.

Bear in mind that I drew this two months before I got the game, so if you want to be a nitpicker and state that the Dragonfly home looked more hue-ish and Spyro's egg was small and completely purple instead of being a bit bigger and having spots, don't bother. ;)

Either way, I have a keen eye on what would happen to the series from here. I just hope the progress keeps going on okay. But regardless of what happens, I'll remain a good Spyro supporter.

And of course, in case you didn't know, Spyro is licenced out by Vivendi Games, in case you want to know who has their paws on him. ;)