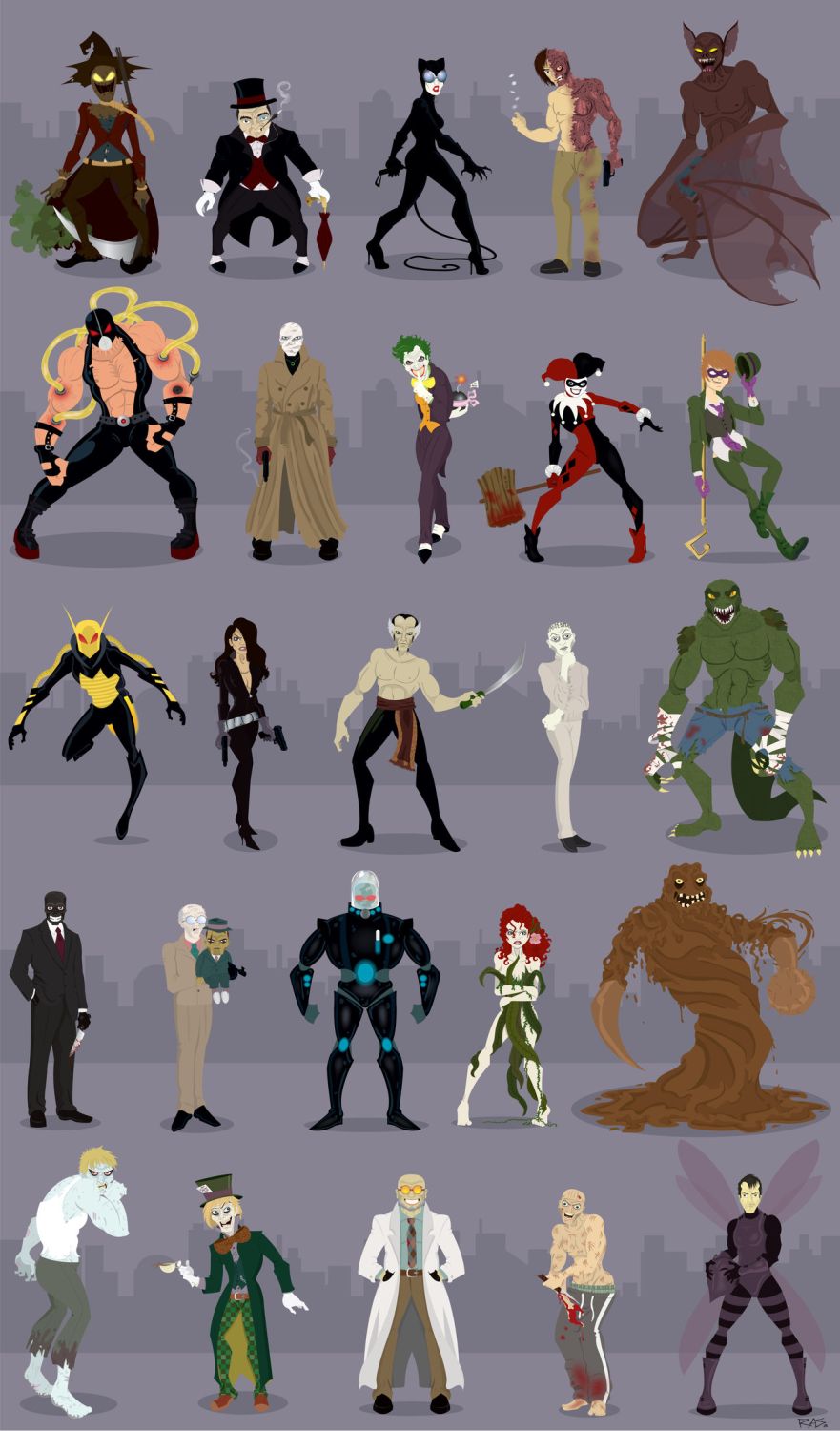 im so happy it finally done. ive been working on this for the last two weeks. after playing around with the x-men i decided to go back to Batman, havent done any bat fanart in a while.

i wanted to do something like my other one, but play around with this new vector style that ive been working with. and this time around i wanted just to do the villains, cause theyre my favorite, and alot of fun to draw.

i tried really hard to push myself, and make something really great. and i learned alot of new techniques while working on this, and i feel this style has evolved.

i had fun with the characters. i didn't start this and say these were gonna be my version of them, i had planned to just use costumes from the comics, but during the process i decided to change some of the designs up and just do what i felt like doing. so there's a mix of comic and cartoon inspired looks.

also, i picked the 25 characters that i felt where important, or ones that i just really liked.

Poison Ivy looks more poisonous than usual! Great work! WOW! This must have taken you quite a bit! LOL at the last dragon fly guy. He never was intimidating.

Thank you! im glad you like it.
and dragon fly guy? yeah he's not even that kool to be a dragon fly, he's actually Killer Moth lol