My Warriors Saga OC by RoxxanneOfNarnia1234 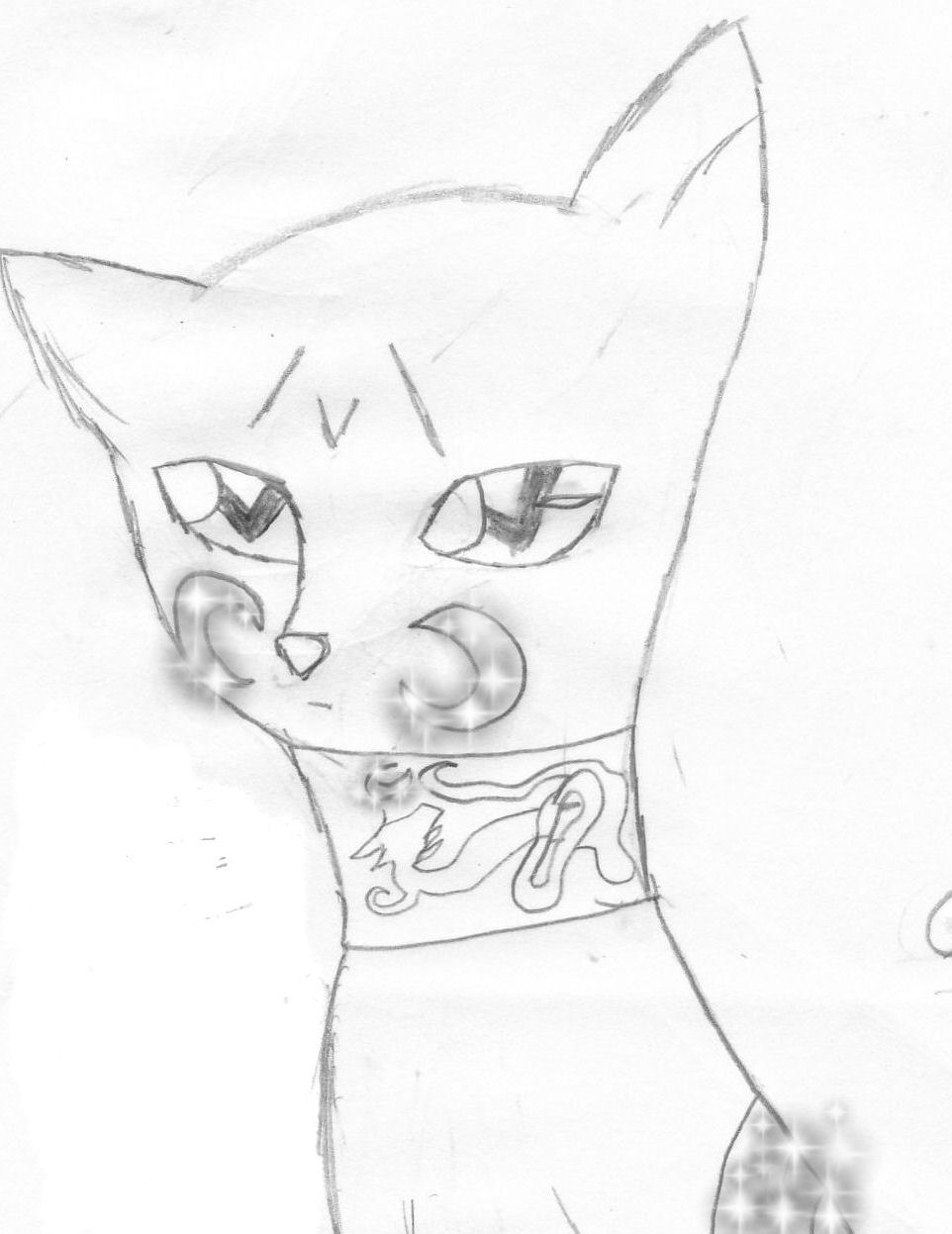 This is my OC : MoonLotus
Starclan chose her to lead a new clan so her clan name is ~Moonstar~
Her parents were the Father and Mother of the Fourtrees,
Luna (her mother) and Sol (her father) were furious about the kiddnapping of the Moon kit's bother. In a middle of a battle, Shadowclan kiddnapped the Sun kit... they were supposed to steal bothfor they have magical powers, but the Moon has a way of camaflaging, unfortunatly... the Sun did not rise to rescue the Sun kit. Luna wept while hugging the kit that Shadowclan did not kiddnap.

I like how you did the sparkles on her. Very cool!

nice picture and i love to read warriors books too!!