Katsuro and Haiko by Saria-chan 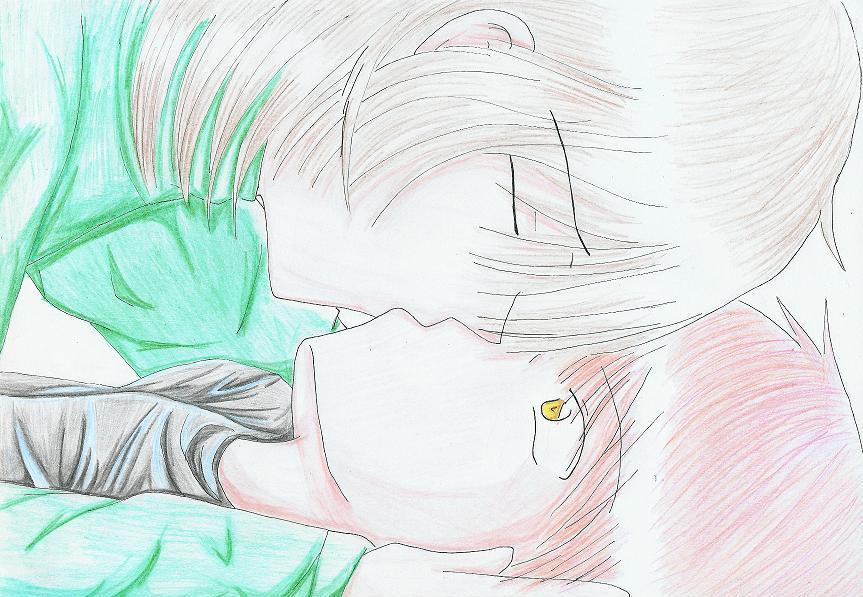 ehm okay XD how did this happen do you ask?! well Haiko was unconscious...and...

Katsuro laid Haiko down on the bed and looked away from him.
Softly he sighed and sat down on the bed himself.
The brown haired boy looked at the other boy and sighed again...he refused to do what his mind told him to.
Haiko looked very peaceful when he laid there, with his eyes closed and his mouth a little open.
Katsuro really tried to stop himself but before he knew it, he was leaning over the orange-reddish haired boy.
The older boy doubted if he should do it, but he couldn't help himself...besides,Haiko was unconscious, he would never know this...right?
Katsuro pressed his lips against Haiko's and kissed him.
He deepened the kiss a little and stroke through the orange-reddish hair with his fingers.
Not long after that, Haiko openend his golden eyes and was stunned.
Katsuro didn't notice this and was still kissing the younger boy, but Haiko was now aware of what Katsuro was doing.
Many questions appeared in Haiko's head...what happened? why was Katsuro doing this?

Anyways XD Chila said I should draw this (it happened today in Hykun), I wanted to take a photo XD but I was to late, so I had to draw it T_T XD Yay Shounen ai!!!