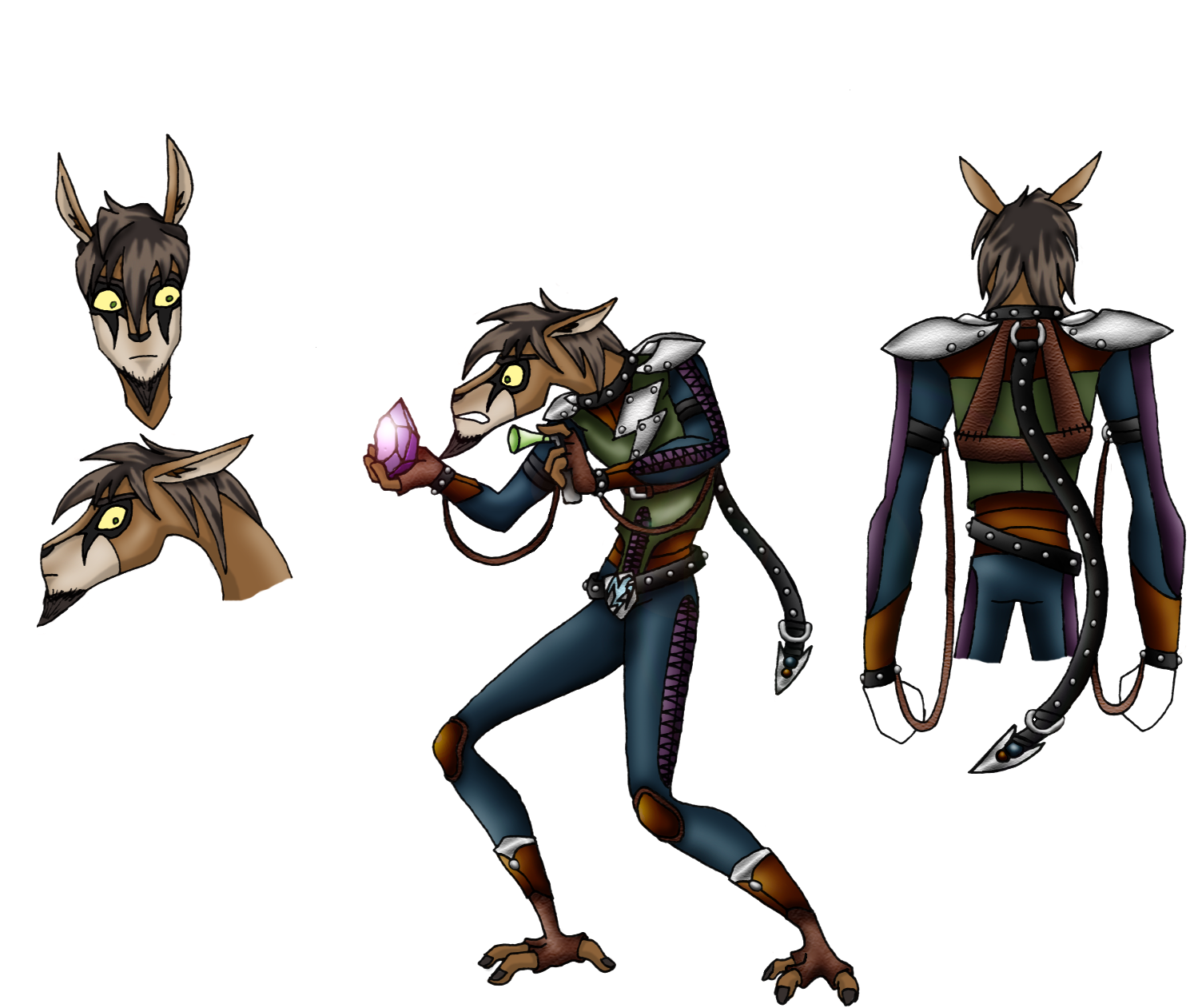 This is my Merb. I guess I decided to jump on the Merb band wagon and doodle up another member of the Thunderbirds. This was a planned character, not done just because of the Merb craze. ^_^
Yes, he and his mate are named after birds in the Order of Ciconiiformes, like Stork.
Whether or not Merbs can grow facial hair, I don't know...but I love his goatee.
He also has earings, but I forgot to add them to the sketch. I'll make sure he's wearing them in future doodles.

Personality: He is normally very serious when it comes to his work. Whether he's working on a patient, or fusing crystals, he never takes his work lightly.
He's a borderline Mysophylliac. He hates germs and keeps his lab and ward clean and completely dininfected. He sees all outsiders as "unclean" and he won't hesitate to state this to your face. This mostly is in reference to keeping his projects and patients free of contamination. Its not so much about himself.
Another oddity about him is he hates to fly. So why is he with the Thunderbirds? Long story, but there is a good reson. ^_^
He may look weak and timid, but he is in fact a seasoned warrior, using mainly Judo type of attacks and throws, and fierce wrestling moves.
He also has a bit of a short temper, especially when folks are lacking in common sense. He also hates it when folks question his diagnosis and knowledge.
When he's with his mate, Egret, his persona changes to a more docile and self controled individual. He's also very protective of her, and will fly into a primal state if Egret is threatened.
Ever since the incident with Cyclonia and the destruction of the Aurora Stone, Ibis has made it a personal goal to either discover or create the next Aurora stone.

Background: Ibis grew up like any typical Merb on his Tribe's home terra. He had a high IQ and took an interest in crystals when he noticed he was able to sense them by their auras by his tingling ears.
In his youth, he bore a crush on a lovely young Merb female named Egret. She was highly intelligent and specialized in herbology and botany. Egret aspired to be a Medicine maker, thus gave Ibis a new inspiration to become a Medic on top of his Crystal Fusion-Analysis studies.
When Ibis was 15, he underwent his Tribe's traditional "Coming of Age" ceremony where young merb males compete in a primal hand to hand combat tournament (its mainly hormonally driven ^_^). Ibis finished as one of the top competators.
Later on, once he had achieved his proffession as a Medic he pursued Egret in the right of courtship. However, on the day of their nuptial conception, his tribe was attacked by Cyclonia. Answering the terra's distress call, the Thunderbirds arived and engaged the invading Talons. Trapped and in the path of a Talon barrage, it seemed for sure Ibis and his new mate were going to die. Smitty, who was the Sky Knight of the Thunderbirds, boldly intercepted the Talons and was hit by their barrage. Smitty went down, but he managed to save the Merbs. The rest of the Thunderbirds Squadron drove away the remaining Talons.
Dumbstruck, but alive, Ibis cowered with Egret until the dust cleared. When he saw the critical condition of Smitty, he and his Mate's savior, Ibis took it upon himself to treat the fallen Sky Knight. With the medicinal herbs provided by Egret, Ibis managed to save Smitty's life save for his right leg.
To show gratitude to Smitty for his sacrifice, Ibis offered his services and loyalty to the Thunderbirds...despite the fact he hates to fly. Ibis has worked out an agreement with the squadron. So long as he keeps to his lab and ward on the Argo, and is givine regular communication with his beloved Egret, he would ignore the fact that he is flying, and officially join the Thunderbirds.

***Disclaimer***
This is only a Fan fiction Piece. I do not claim to own Storm Hawks or its characters.
Storm Hawks © Nerd Corps
Ibis, Egret, & Thunderbirds © Me