Hey there Cutie by Sparradile 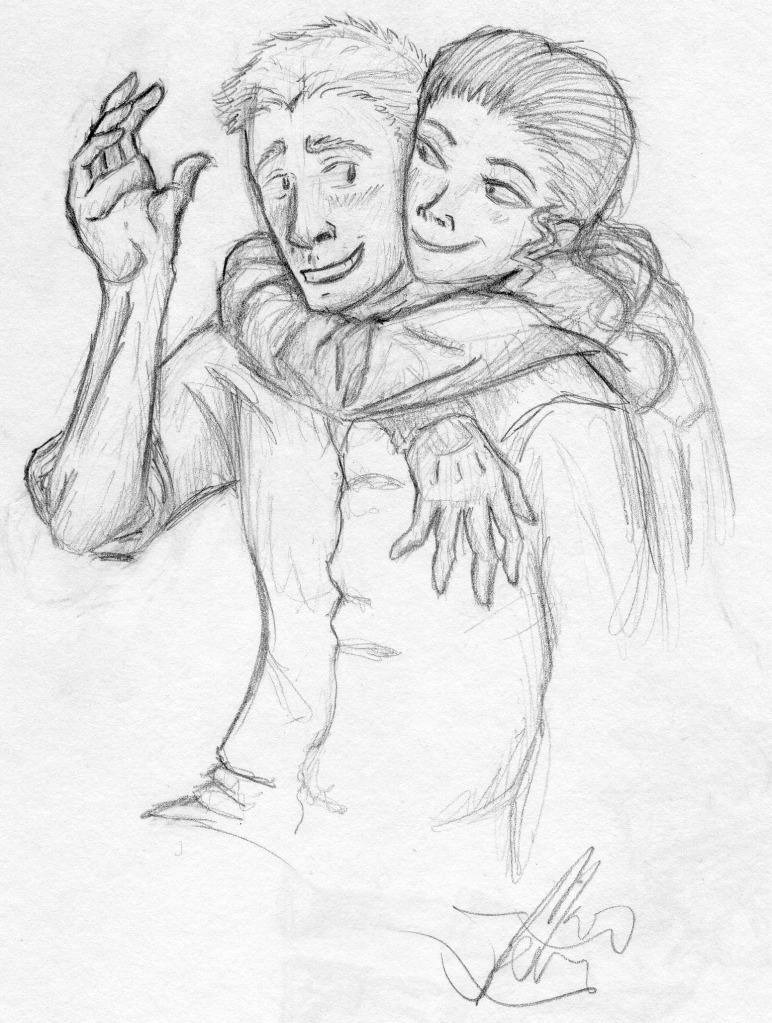 Also known as "The Late Wave."

He saw her coming up behind her, lifted his hand for his usual uncertain wave and, "Hey," but before he knew it, she was on him like a grasshopper.

No one in particular, I was just doodling. :P I was working on it during Band (it's been slow in there lately) and Jen asked me if it was "me and my future hubby", and I told her, "No, but I could give the guy curly hair and it could be you and Zach."

She actually seemed to consider it for a moment, but then she was like, "Oh, you're funny! I would never do that."

I told her she would, if only to get revenge on how he's always sneaking up behind her, but whatever. So instead the guy got my default guy hairdo.