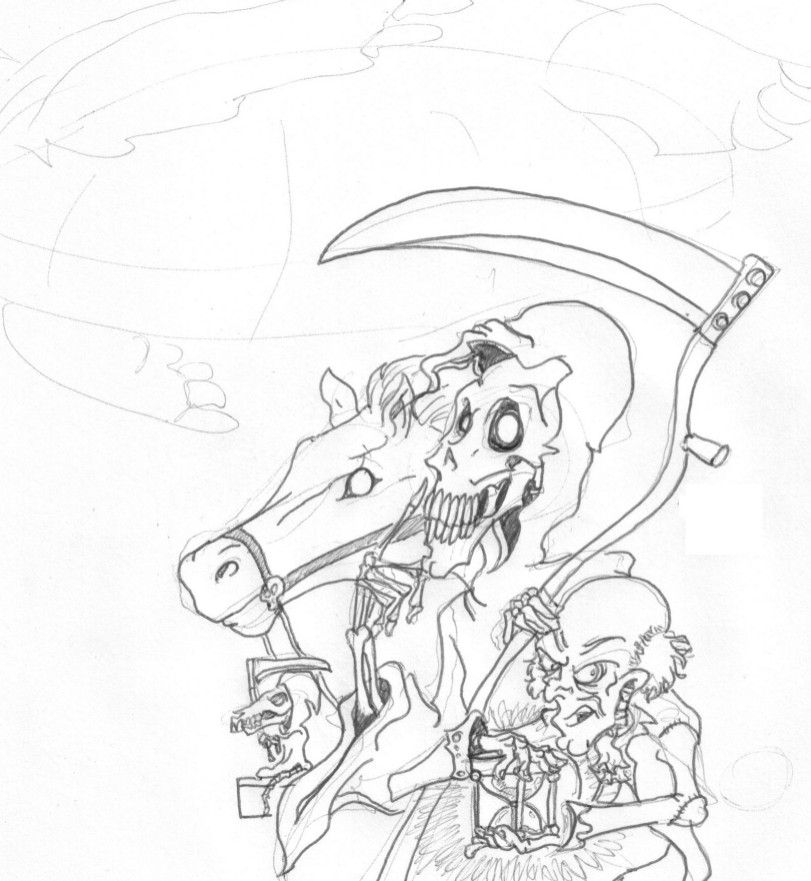 Death. The anthropomorphic representation of a concept, givenflesh, so to speak, in the Discworld series, fantasy/comedy novels, by Terry Pratchet. You should read them.<br />
<br />
Anyway, here is Death, with the Death of Rats, Binky, the pale horse....and ALbert, his loyal manservant. in very faded detail, you can see Great A'tuin, the cosmic turtle, upon whose back rests four elephants, on which rests the Discworld. Enjoy!

this ROCKS!!! hey. dude could you draw, like, Vetinari? PLEASE

wow! great pic of death. wheres cori celesti on the disc? (sorry, i knda see the lack of things) i have a problem of living part of my life in discworld. just how i amigined them. can u do one of rincewind?

Ah, I love Discworld and your drawing. Though I imagined Albert differently...

You have Discworld? I have it, too, the second one anyways, I think. Haven't played it in a while, though, but it was fun. Haven't heard of the novels, though, sadly. *punches self in head*