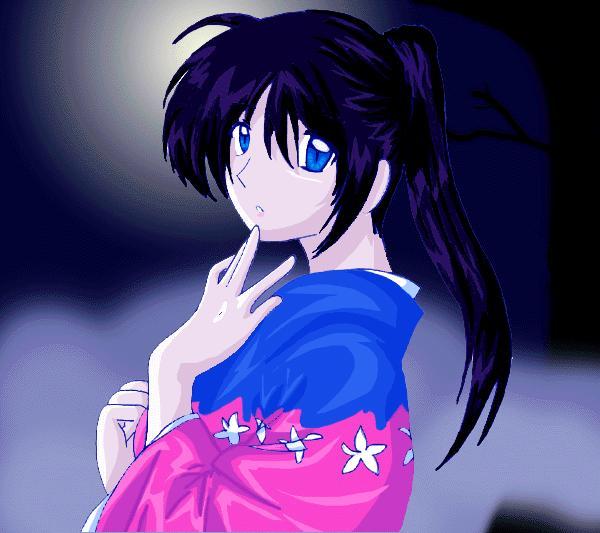 Angela Shan, Darren's mother. I only drew her (especially at this age--about twenty or so) because she plays a big part in my fan-fiction, which I'm putting on the D.L. for now.
Anyways.
Why, may you ask, a kimono? Because I felt like it. And for the fact that when I was drawing her, the '60's' outfit looked terrible on her, so... And besides, kimonos are the simplest thing for me to draw.
For the background? Yes. My *ahem* self-proclaimed 'manager' told me that I needed to work on background, which was no lie. I do need to work on 'em.

So I fit the background in with this picture. I can't reveal too much, but Angela will eventually regret walking down that creepy path (that's what it's supposed to be, sort of--yes. *sigh* ) -____-,