Purr-sians at the Pool Hall

Purr-sians at the Pool Hall

Purr-sians at the Pool Hall by TeeJay87 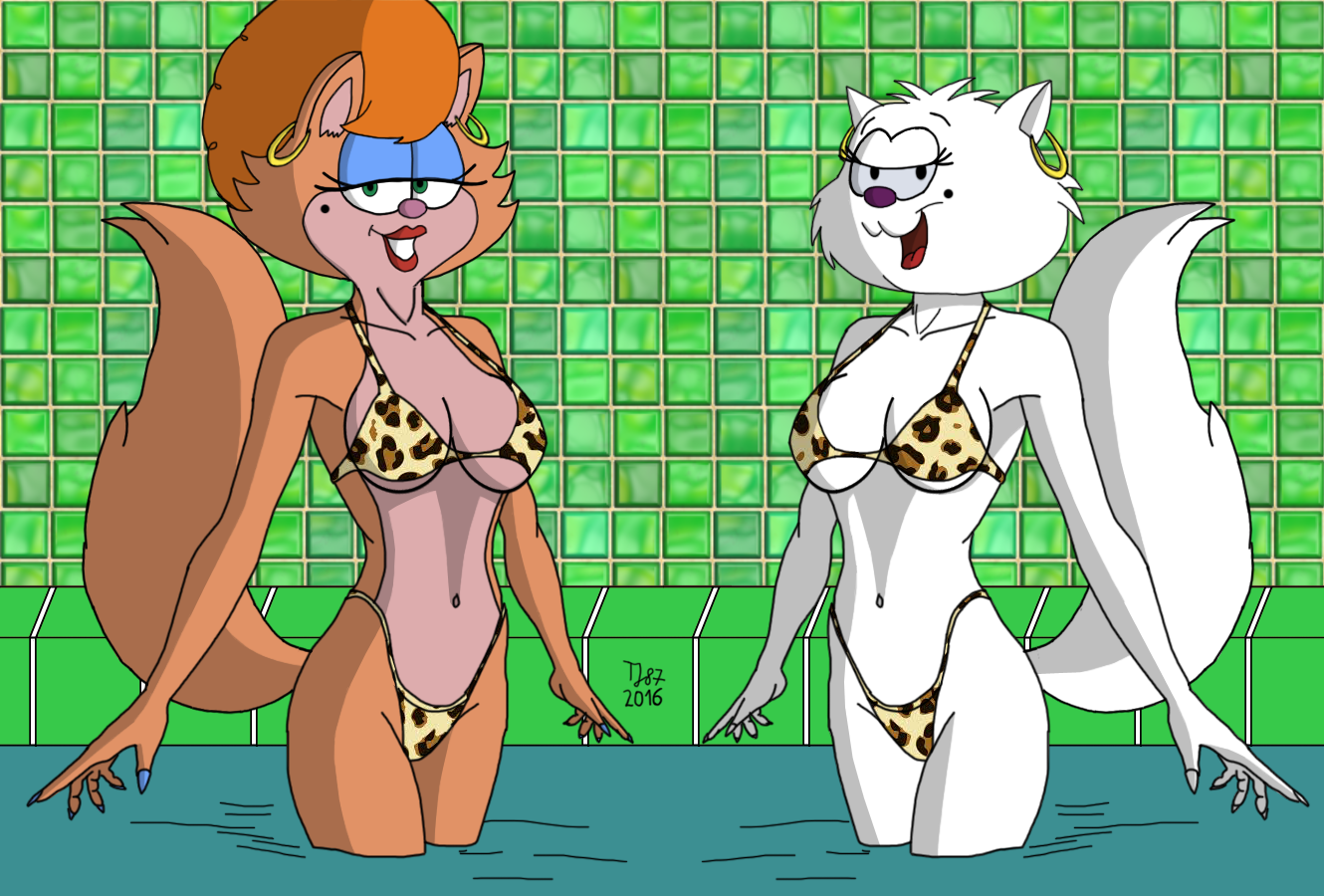 Picture developed from http://www.fanart-central.net/pictures/user/TeeJay87/851188/Pool-Hall-Miss-Kitty-2016 , with added Sonja (Heathcliff's girlfriend from comics and cartoons made by George Gately) and different background. Queens are wearing similarly fashioned leopard print pattern and earrings.


Both kitties look like Persian cats, with their long hair and flatter faces than most of cat breeds https://en.wikipedia.org/wiki/Persian_cat , thus I've gone for such title of the picture. Despite ongoing war between Garfield and Heathcliff fandom on YouTube, I like both series for the characters appearing there and quality of gags in those shows. Thus I believe peaceful crossovers with characters from both universes are possible.


I would like to thank my pen friend Saltwater for his outstanding bathroom/swimming pool tiles he allowed me to use. :)

Great pairing of them!
Also great to see Sonja for the first time by you :)

Since Kitty and Sonja belong to the same breed, I've thought they'd match in one picture. :)


I've been trying to draw Heathcliff's girlfriend since 2012; the main obstacle was depicting her long fur, which seemed making her obese. This year she got similar body shapes like Pussycats and have to admit, she looks convincing.

Nice new character.  :-)
I did not know there was a sort of war between the fans of Garfield and Heathcliff.
That sounds pretty pointless.
And it won't benefit to any of them!

I've tried to depict Sonja just like she looks in 1984 cartoon http://vignette3.wikia.nocookie.net/heathcliff/images/d/d0/Sonya.png/revision/latest?cb=20110421022017 , just without the bow tie she wears above forehead. Thought such decorations don't much big girls. xD


This whole fandom war is basically revolving against statements like those:
- "Jim Davis ripped of ideas of George Gately"
- "Garfield is Heathcliff's knock-off" or vice versa;
- plus similar nonsense.

Those spoilt brats responsible for war between Garfield and Heathcliff fandom simply refuse to see, that both shows supplement each other quite well, especially with level of humour. Heathcliff and the Catillac Cats went even further, since its creators led by George Gately did predict spread of Islamism in 21st Century - one of my favourite episodes https://www.youtube.com/watch?v=WNZKau8Heb0 shows perfectly the way Muslims treat women, especially in those parts:
- 4:06 - 4:25 - Muslim respect towards female will;
- 6:03 - 6:18 - Quran does teach, that a woman is trophy for a man.

Such a pity Jim Davis and PAWS Inc. didn't follow Gately's idea and never made similar episode of Garfield and Friends about "Muslim chivalry" - I'm sure it wouldn't had been copyright infringement at all, rather warning about violent religion served in way kids can understand. ;)