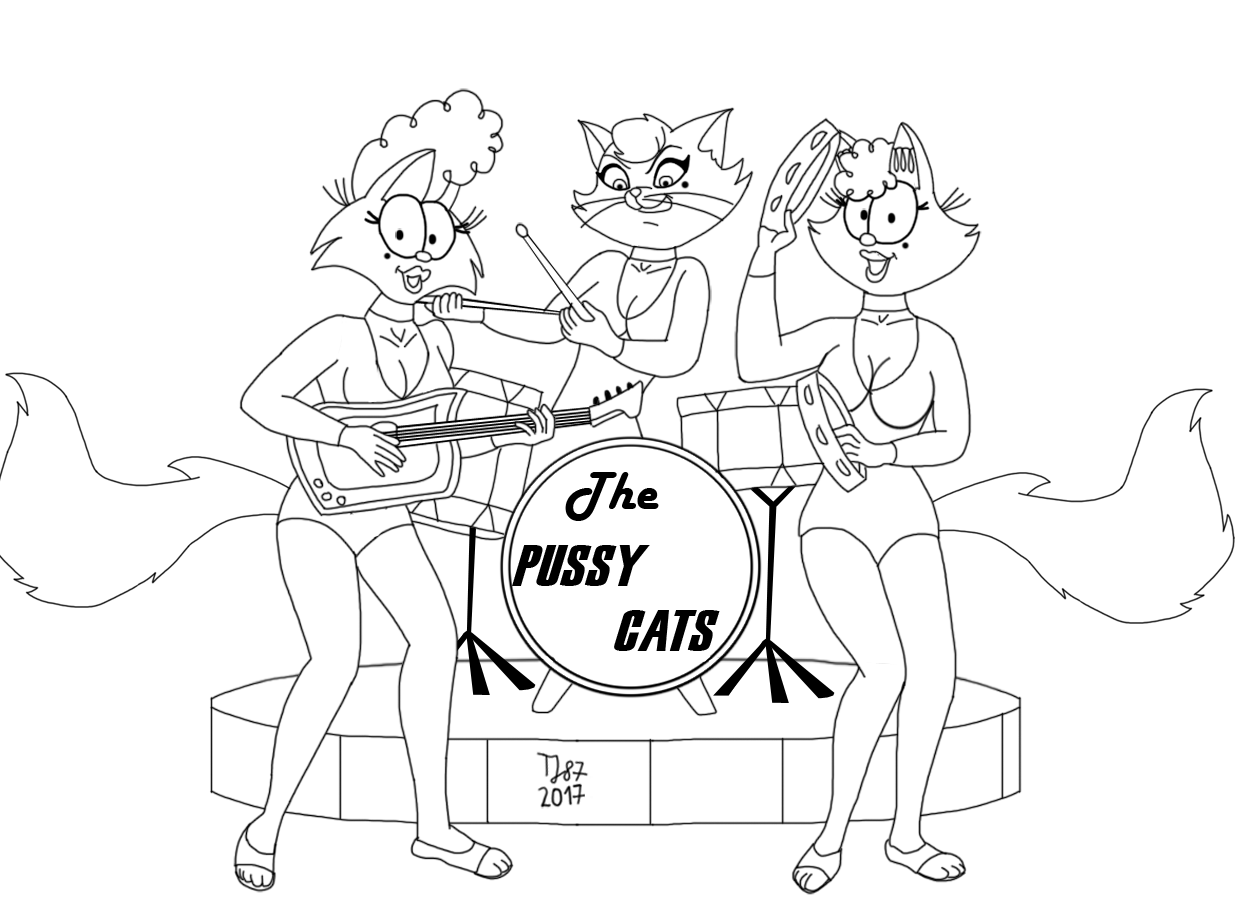 One of my favourite Hanna-Barbera cartoons has been Josie and the Pussycats https://en.wikipedia.org/wiki/Josie_and_the_Pussycats_(TV_series) - basically Scooby Doo spin-off with different characters. Despite apparently cliched, the cartoon has its charm.


Some time ago I had an idea to merge those Hanna-Barbera Pussycats with real cat-women from different series, with Penny and Mona being natural choice. Originally the third Pussy Cat was supposed to be Arlene, Miss Kitty or another female from Garfield cartoons, until I discovered Krypto the Superdog in 2013 with Delilah considered as better candidate.


After necessary research and developing drawing skills, I've managed to draw the Pussycats Band in the way I was imagining. From left:
- Mona as Josie (guitarist) ;
- Delilah as Melody (drummer) ;
- Penelope as Valerie (tambourine player).
Since all those kitties share the same family name Pussycat (Penny and Mona are twins, while Delilah is supposed to be their paternal cousin), I don't find any of them eligible to be promoted at cost of the rest, thus their band is called simply "The Pussy Cats".

You haven't seen them in color http://www.fanart-central.net/pictures/user/TeeJay87/853160/Josie-and-Real-Pussycats

Especially when you combine original character with the band http://www.fanart-central.net/pictures/user/TeeJay87/853160/Josie-and-Real-Pussycats