A Gift from the Fiery Princess

Home » TeeJay87 » Pictures » A Gift from the Fiery Princess

A Gift from the Fiery Princess

A Gift from the Fiery Princess by TeeJay87 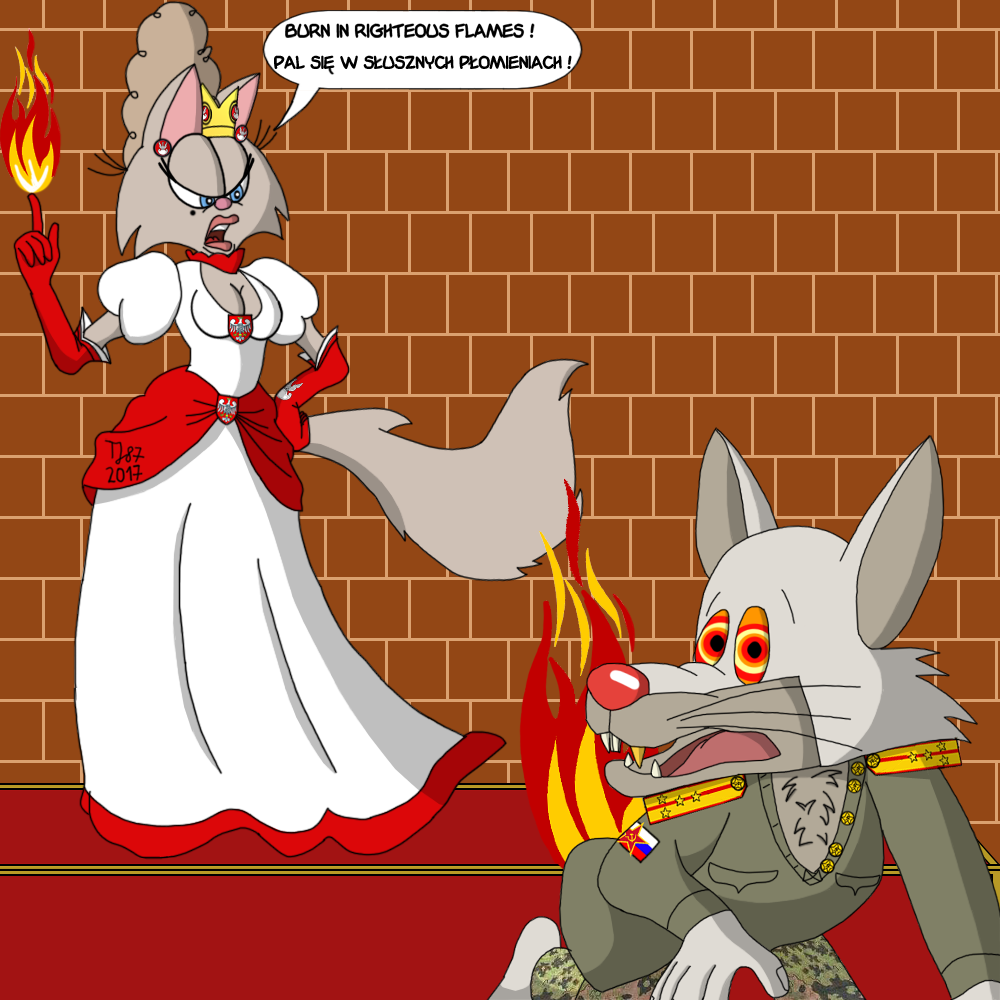 Completed version of http://www.fanart-central.net/pictures/user/TeeJay87/854351/Fire-Peach-Mona-raw-sketch - Mona drawn as Princess Peach from Super Mario World 3D after touching fire flower and Vova Paskudnikov experiencing her rage on his own skin. Based on official game promo https://s-media-cache-ak0.pinimg.com/originals/f0/c3/e8/f0c3e856c890b26f329ac07f37a5998b.png


As you can see, I allowed myself to modify the outfit - since original dress worn by Fire Peach resembles my national flag (white and red), it wasn't difficult to adjust couple of details. Changes include:

- red gloves with white-and-red outlines instead of white ones; you may have noticed our 2nd Republic national emblem (from 1918-45 period) sewn on knuckles;

- last but not least, cleavage Peach doesn't wear in original Nintendo artworks, but Mario fans tend to draw it.


You could ask, how is that possible Vova got promotion to Russian army captain's rank with such poor combat and social skills he's performing - I'll just confirm that Russians maintain tradition of buying ranks by drinking strong alcohol with their superiors. This custom dates back to Romanov dynasty (17th Century) and was never even attempted to be weeded out by Soviets and Putin's henchmen.


Last but not least, Mona is saying the same quote in English and Polish.

Vova has pleasure in messing with powers of nature - last year he rode a lighting bolt http://www.fanart-central.net/pictures/user/TeeJay87/849513/Rage-of-Pussycat-Mage and now he's experiencing heat in the same place. ;)