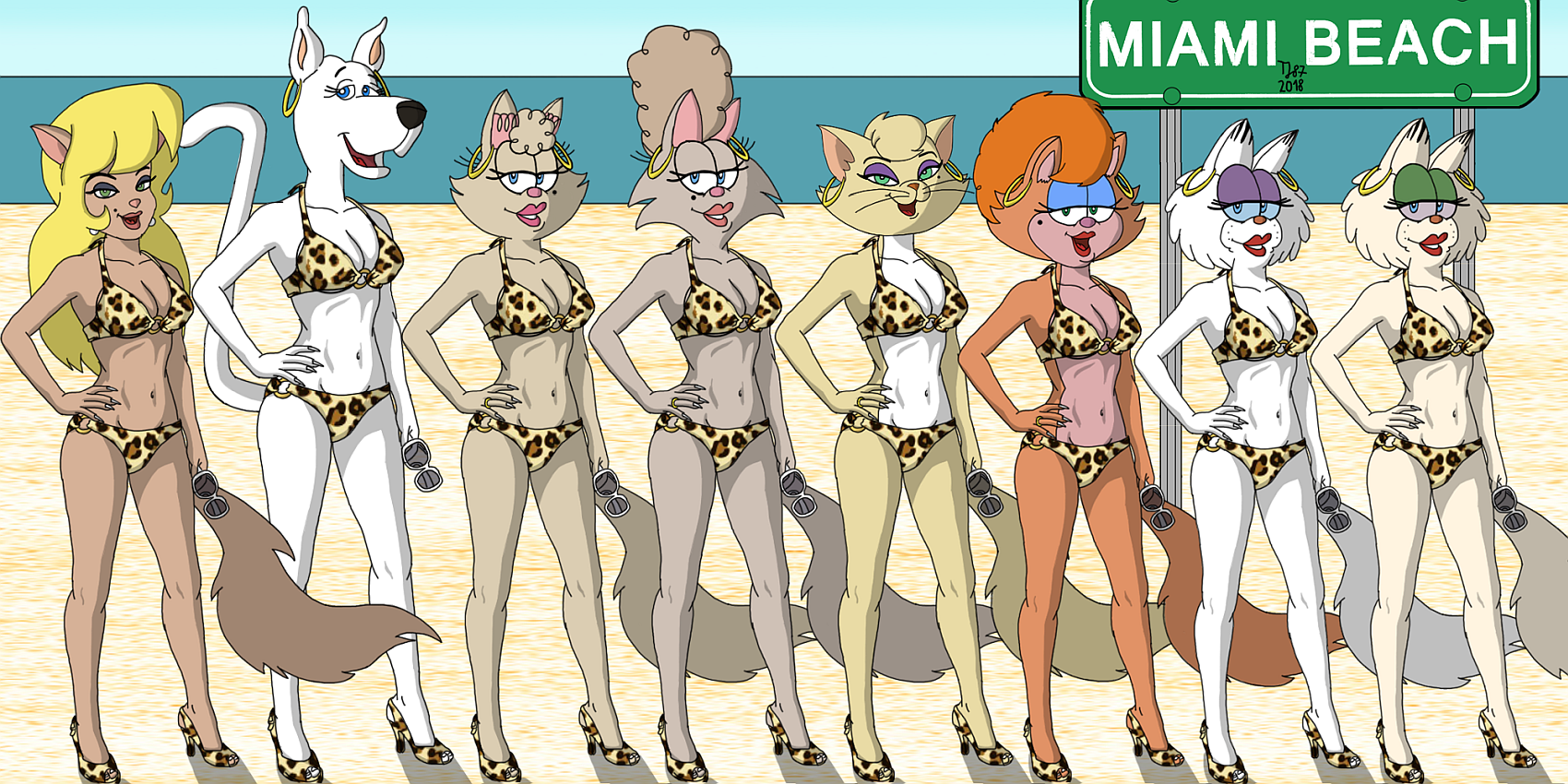 Follow-up of the Meowami Vice series http://www.fanart-central.net/pictures/user/TeeJay87/853114/Meowami-Vice-Righteous-Fury , developed from the following pictures:

and supplemented with additional characters. The trickiest part was adjusting them to a convincing standard:

- Scooby Dee is supposed to be the tallest, being a representative of the Great Dane breed;

- Callista, Penelope, Mona and Delilah are intentionally taller than Kitty, Gwen and Lola, since the cartoons depict them that way.

Was planning to add Sonja and Cleo from Heathcliff and the Catillac Cats, but this would mean the characters would have to be resized and this picture is already big one. Original version has 2000x1000 size, posted miniature one due to FAC standards.

Those, who do not recognize the characters, can find proper evidence in the Internet by googling the characters' names mentioned above and watching the cartoons listed above:

- "Bride of the Pastmaster" from SWAT Kats;

- "The Life and Times of the Lasagna Kid" from Garfield and Friends;

- "The Cactus Saga" from Garfield and Friends;

- "Dessert in the Desert", "Beach Blanket Bonzo" , "The Idol of Id" and "The Garfield Rap" from Garfield and Friends.


All the cartoons mentioned above should be available on YouTube, DailyMotion and similar websites.

I've developed her to the same standard like her feline friends, including detailed eyes. ;)