Arlene and the Misty Fortress

Arlene and the Misty Fortress

Arlene and the Misty Fortress by TeeJay87 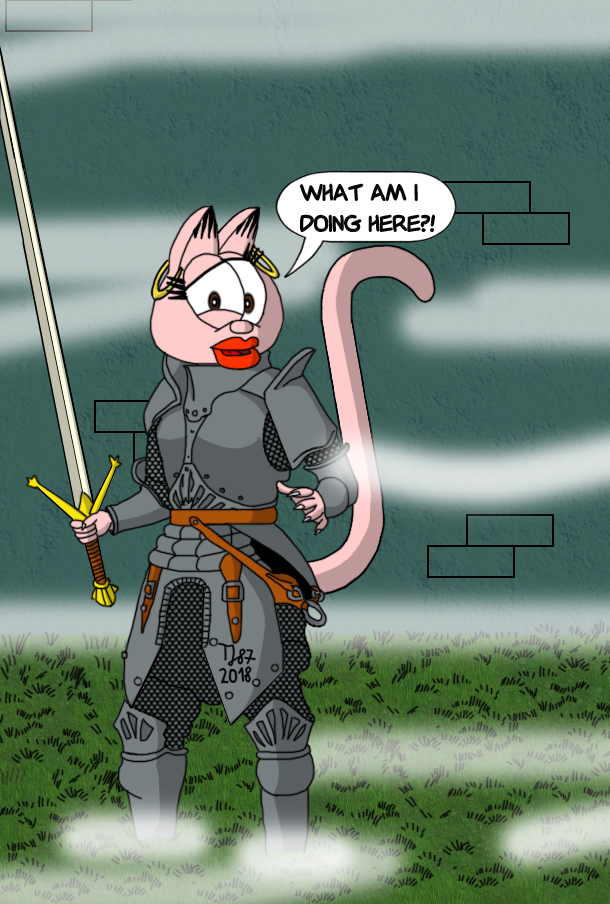 Completed version of http://www.fanart-central.net/pictures/user/TeeJay87/856736/Ravenloft-styled-Arlene-raw-sketch , inspired by couple of Dungeons and Dragons books (novels and adventure modules).


Even despite Arlene remains my least favourite of Garfield's females, I still recognize her as official PAWS Inc. character. Certain freaks from dA (I call them "Garlene cultists" due to their fanatism) hate Penny and other females from the franchise with such passion they seem ready to occupy PAWS Inc. as mean of forcing Jim Davis to renounce any female except Arlene (guess Liz Wilson is also on their hit list). Hopefully they do not cooperate with each other, which means that they are basically outspoken loonies, who need new life.


On the other hand, I will not deny that Arlene is simply difficult to be liked, both physically (those huge lips with buck teeth) and in terms of her attitude (tomboy with sharp tongue). Still, I believe that Penny, Mona, Kitty, Gwen and Lola deserve better males than such self-centered fatso like Garfield, and Arlene is matching him best. Thus she has been depicted in a way I find matching - in plate mail armour and wielding Claymore two-handed sword.


After all, I shall not lower to the level of Garlene cultists - just because I prefer Penelope, Mona, Kitty, Gwen and Lola, it does not mean I cannot draw Arlene as best as I am able to depict her. Let people learn, how to distinguish pure Garfield fans (like me, Josh and Tim) from the black sheep of the Garfield fandom (Garlene cultists).

It's 15th Century-styled plate mail (steel cuirass and plates combined with chainmail), popular in Europe between 1400 and 1520.


Since Arlene is a tomboy, I've intentionally drawn her in a male cuirass (without female chest) - to underline her attitude. ;)

Thanks, though since you faved the sketch, I assume you prefer uncolored version ?

Matching choice for a tomboy with her attitude. ;)


Though she's not the first feline character I've drawn in such outfit:
- 2016 Delilah http://www.fanart-central.net/pictures/user/TeeJay87/848919/Feline-Warrior-Delilah