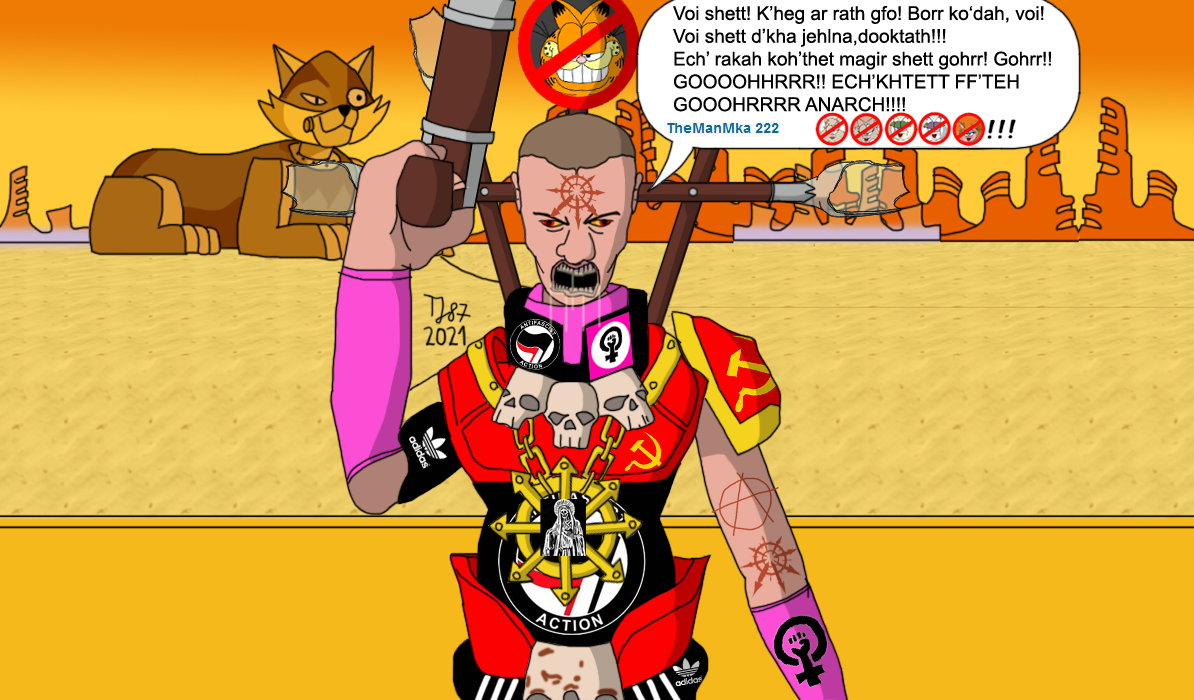 Kaleb has ascended another level in trolling - he became a Dawn-of-War-styled Chaos Cultist, who worships Chaos Undivided as Santa Muerte. The dark powers he worships have sent Kaleb to Planet Catopia to hurl an anarcho-communist revolution, using a flintlock pistol, broken bottles on a wooden racks, and Kaleb's inner rage expressed in Dark Tongue (the language of demons and occultists in Warhammer universe). His quote was taken from Dan Abnett's novel Only in Death.


The picture is based on Kaleb's recent attack https://garfield.fandom.com/wiki/Special:Contributions/TheManMka_15 , where he left 225 vandalisms for fixing. He's been trying to waste Garfield Wiki since 2018 - despite being banned more than one thousand times, Kaleb keeps makig accounts only to have his vandalisms rejected and the accounts closed. He REALLY believes he can scare me and fellow Wiki admins. Just like Chaos Cultists from Warhammer believe, that the best thing for humanity is destroying the humanity.


Don't worry - the natives of Planet Catopia have access to laser, plasma, and melta (microwave) weapons, including individual firearms using such technologies. Chaos Space Kaleb won't be hurling his blasphemies near the Catopian Sphinx for long, especially since his flintlock pistol can't stand up to modern weaponry. Just like me and fellow Garfield Wiki admins and the FANDOM Staff repel Kaleb's attacks.

All your comments are written after booze? I don't understand what are you trying to say.

Why do you write stupid comments below pictures (and profiles) and downvote them? That's the question.