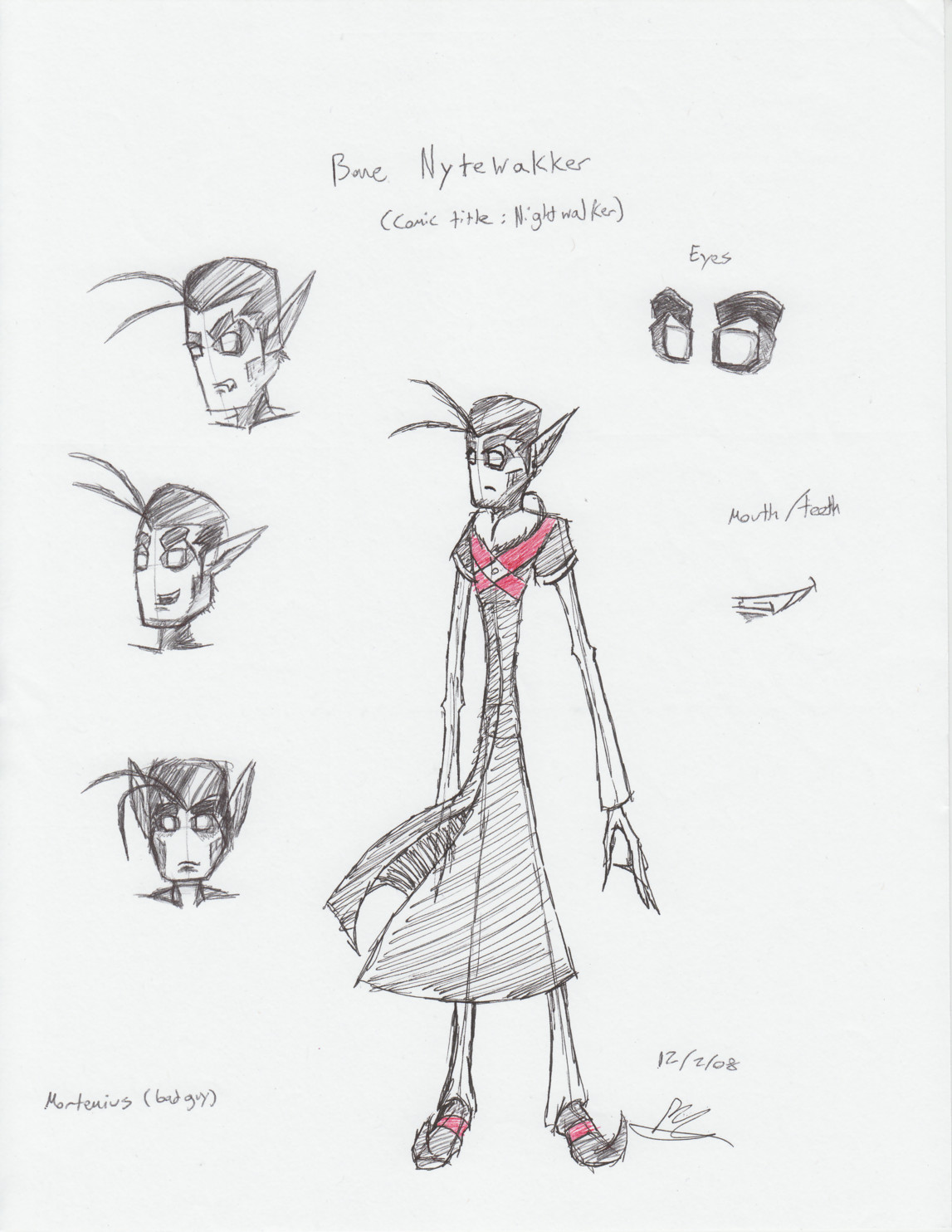 I know. He looks like an alien. I swear, it's just my style. I've added a Tim Burton look to him (which I shall add to the Vampire Huntress I'm making soon).

He's only HALF emo. He's not full, like Eclipse. Also, I'm starting to think he's rather hot (even without a nose).

I have this thing going in my head... a scene I'd like to put into action... there'd be the vampire huntress (at the moment, she's nameless), and she'd be all like, bustin' down the door to Bane's apartment (yes, apartment).

she finds Bane right in the middle, looking suprised, and wide-eyed, with his hands up in the air.

a pannel of silence, focusing on Bane, arms still raised.

The VH will look at him, then say with a confused look on her face, "What kind of vampire owns an APARTMENT?"

Bane, *one hand scratching behind his head, other hand down* "uh... the kind who can't afford a real house?"

Bane then dodges a shot aimed at his face by moving his head a little, eyes widen again, and his arms shoot upwards once more.

There's that Tim Burton Style! "Little Skinneh there, eh?" I thought when I saw it, then I found out you wanted it to be Tim Burton-ish so I said "Yup!"

Details are nice in this. :)

Cool^^
Yeaaaaaahhhhh!More vampire stuff:3
*happy clap*and I didn't even have to wait to go to the libraryX3

Awesome^_^
This is what I like to see!(And by what? New desings and new characters.)
I like his eyes:3 good job^^

Thanks! I'll be trying to get in the other characters!