Harry the Sociopath by TheGameArtCritic 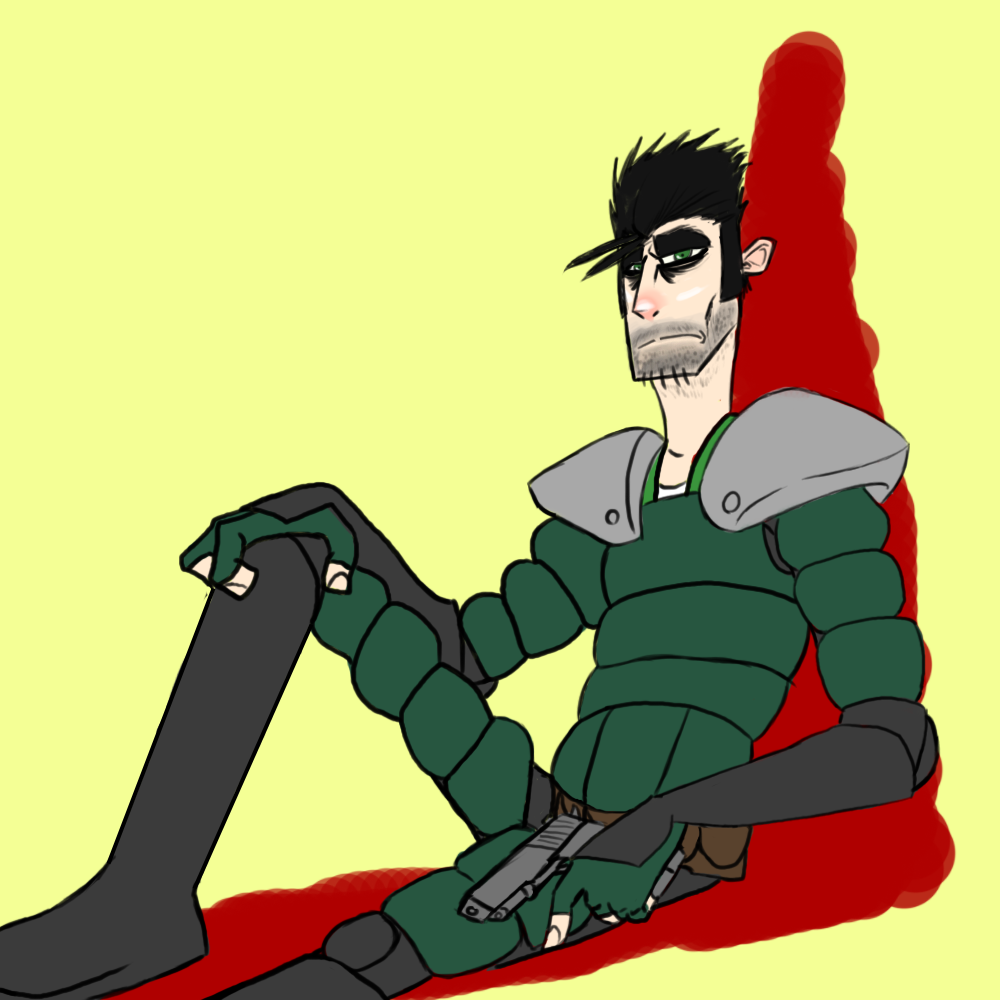 But hey, here's a list of what he went through:

1. He had to save his best friend from a zombie, only to find him seriously ill
2. Be stolen from his home world through magical, fourth-wall-shattering means
3. Had to fight in a war he had never heard of, against monsters and beings he never knew even existed
4. Found out that he was SUPPOSED to get infected by said-friend, but was pulled to early.
5. Was sent back into a chaotic world, and forced to shoot his friend's girlfriend, who was then a witch
6. Found his bestest friend evors, who was now a hunter

So yeah, he kinda snapped.

THIS MAN IS A PSYYYYCHOOOOO

SOON HE'LL BE TAKEN OVER BY HIS MOTHER'S PERSONALITY, AND STAB PEOPLE IN THEIR SHOWERS

i like this so very much. you make me want to make a similar picture of Key.

no, really, it would be epic. i DO very much like the stubble, btw. mmyes.

MMMYES. and Key is not. XP

lol i just had a thought but i'll not voice it. here. lmao

You are DS-ridden then? Tell me when you can. :P

And the armor is might nifty as well, the color I find is particularly pleasing for a set of self repairing armor

I TOTALLY THOUGHT ABOUT THE COLOR WHEN I MADE THIS PIC.