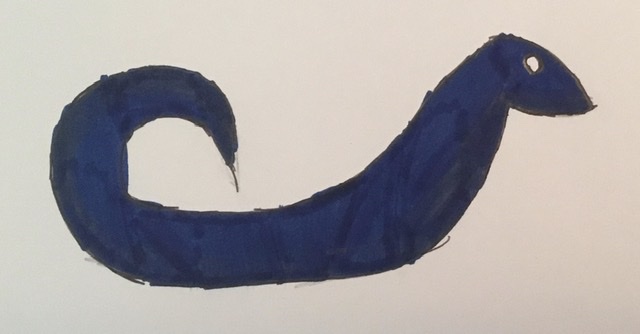 The fear injector is a snake-like creature found near places where people live. It is an emotivore (an emotivore is a creature that feeds on emotions) that feeds on fear. It feeds by wrapping itself onto a leg, arm, or body of its victim to stay on the victim, and then stings said victim with its stinger-like appendage on the end of its tail, injecting a non-deadly, but hallucinogenic venom into its victim. All known observed cases of fear injector venom-induced hallucinations were described by the hallucinators as “extremely terrifying”, and induced a sense of fear in them.

What to do if one is stung by a fear injector: First, the fear injector must be removed from the victim, as fear injectors must stay wrapped onto their victims in order to feed on their fear. Grabbing it by the tail is the safest way to remove one, as it prevents the fear injector from stinging anyone else while being removed. The victim should be taken to a hospital, where they can be treated for the sting and with antivenom for the venom-induced hallucinations.